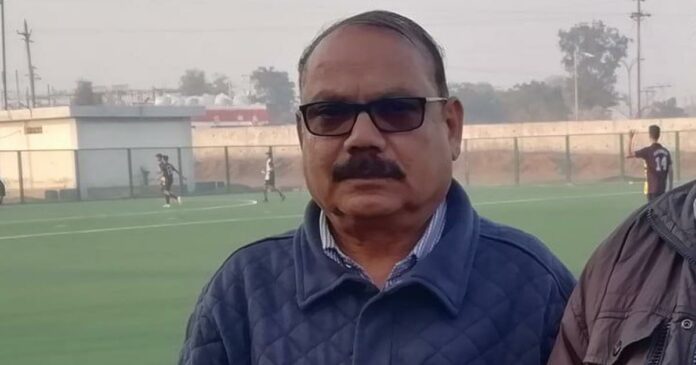 Gathering around a transistor radio in 1968, a 14-year-old listened avidly to India partaking in that year’s Olympic Games. BG Joshi had taken his first steps towards a life devoted to hockey statistics.

On Tuesday, Baboolal Goverdhan Joshi, the global authority on hockey statistics, passed away due to Covid complications. He was 67.

Joshi had maintained hockey records since the early 1970s and was the go-to man for statistics about the sport.

During the early 70s, the affable Joshi had started to collect copies of The Hindu, which covered every international game, and then cross-checked his data when he received copies of the FIH’s monthly magazine, World Hockey.

He was soon contributing to The Hindu and, despite being a civil engineer by profession, began travelling to major tournaments where he became a permanent fixture. His last major event was the 2018 men’s World Cup.

Although Indian statistics were his modus operandi, Joshi’s database had grown throughout the years as his sons and daughter transferred his hand-written notes to a central online database.

No stat was seemingly beyond him. When Ireland women reached the 2018 World Cup Final, according to The Hook, “he whipped out the line that Zoe Wilson was only the third bespectacled player to reach that stage.”

Hockey India president Gyanendro Ningombam said: “Despite his fulltime job as an engineer with the Madhya Pradesh Water Resource Department, he would remain committed to his passion of keeping up with the numbers.

“There is perhaps no player in the history of modern hockey that BG Joshi didn’t have statistics about. He kept records of players debuts, goals, goal assists and so on and also maintained records of global hockey.

“We have lost a true fan of hockey today. We express our deepest condolences to his family members. We share their grief in these sorrowful times.”

Share
Facebook
Twitter
WhatsApp
Linkedin
Print
Previous articleAdam Dixon: I made myself a contract to play Olympic hockey after watching 90s vintage
Next article‘If there is any hockey team that knows how to deal with adversity, it’s Ireland women’