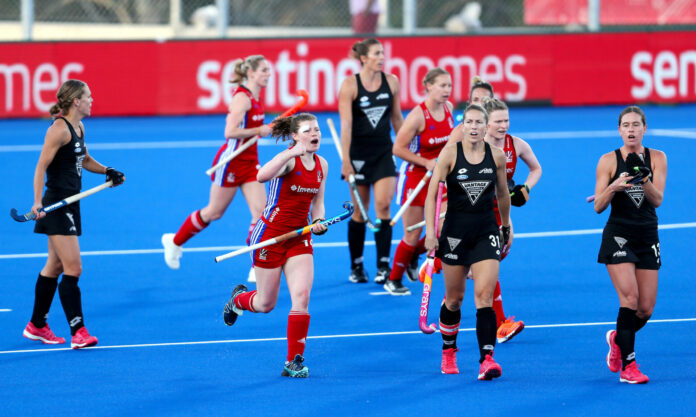 Great Britain team-mates and the hockey community rallied around Tess Howard on Thursday after the highly-rated 21-year-old saw her Olympic dream crushed following a ruptured ACL.

Howard, who plays for East Grinstead, is expected to be sidelined for months after revealing the news with 100 days to until the Tokyo Games.

She wrote on Instagram: “It can happen at any time to anyone, and I know that is just part of sport. I know the road to recovery, whilst long, will be worth it everyday.”

Howard has already shown what a gutsy, established player she is for GB and England following her debut in 2018.

At the 2019 Euros, THP revealed that she unknowingly played against the Dutch with a broken hand, competing on the pitch despite being in considerable pain. Originally in print, we have published that piece online this week to underline her resilience.

“Inches from a dream,” she added on social media. “But that dream is still very much alight. Burning in the background, to catch fire when the time is right, but just not now.”

Midfielder Susannah Townsend said that Howard had “a huge career ahead of her” after her summer was blighted by injury, with the early part of next season likely to be sidelined with rehab.

“Your time will come and you will fly,” added Kate Richardson-Walsh, the former GB captain.

Howard said that her GB team-mates could “realise our potential in Tokyo and beyond”, adding: “For we can achieve anything we put our minds to. Truly there is no greater feeling than to be striving for a goal with a group of exceptional people.”

ACL injuries are not uncommon in hockey and Howard’s torn ligament follows GB’s Brendan Creed, who spent months out of the game after rupturing his ACL in 2019.

Share
Facebook
Twitter
WhatsApp
Linkedin
Print
Previous articleHockey Mentors project will help junior players make the most of circumstances
Next articleTess Howard: ‘I couldn’t let anyone down, even with a broken hand’