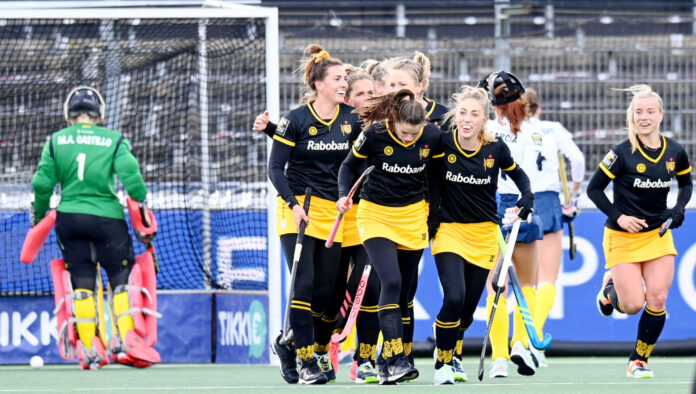 After 16 title wins in the EuroHockey Club Champions Cup, it meant that Den Bosch added their name to the EHL Women’s trophy as the inaugural winners.

Ehren now takes up his head coach role with Belgium full-time this summer, after making it eight Euro titles since 2009 as head coach.

“It’s the first edition of the EHL and I am so proud to have the trophy in my hands on behalf of the team. It couldn’t be better,” a jubilant Matla said.

“It has been two years since we have played for a prize and because it is Raoul’s last year, it is really special for him so we can send him with, at least, an EHL title and I hope a national title soon which we will do our best for him and our team.”

Den Bosch’s victory was the 21st straight success by a Dutch club in European finals.