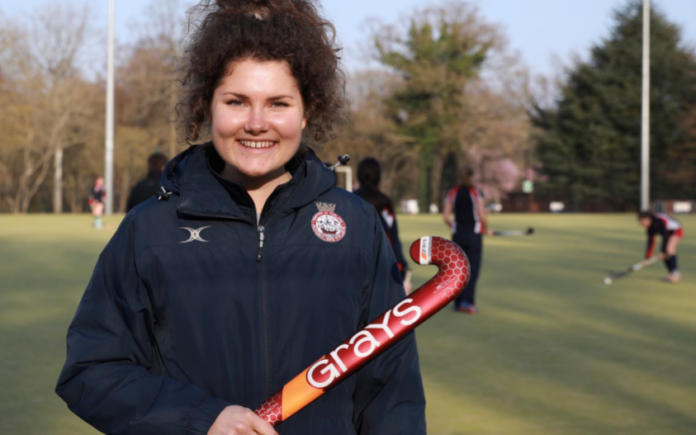 Hunt’s focus will be on coaching girls hockey across all ages in the Berkshire school.

She said: “It’s been fantastic to, finally, get out onto the astro pitch with the students, I’ve been really impressed with their attitude, especially after such a long period away. They are eager to get stuck back into the game and that’s fantastic to see. Pangbourne certainly has some talented young players and I look forward to harnessing their passion for the sport.”

Hunt debuted for GB in China during the 2019 Pro League and plays for Hampstead & Westminster.

She added: “I will always give 100 percent effort and commitment to my game and I know that this approach will be taken by the girls I coach here at Pangbourne.”

She stressed that students can perform highly in both sport and academics if the right attitude and discipline is applied, something intrinsic in her approach to coaching.

Director of sport Sam Hewick said: “We’re delighted to have someone of Holly’s calibre joining the coaching team. Her wealth of experience playing top level Hockey will be a huge asset to Pangbourne students, enabling them to develop their game further.

“Alongside this, she sets a brilliant example to all students about attitude and effort, which for me are hugely important characteristics.”