Worcester and RGS close in on landmark hockey pitch project 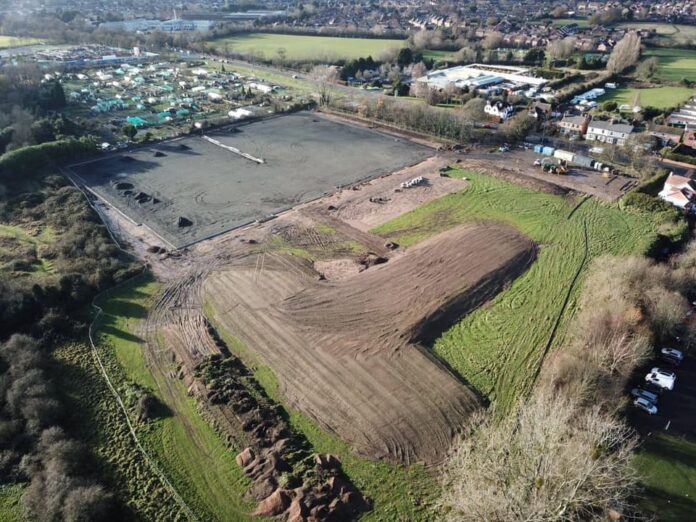 Worcester Hockey Club, one of the country’s oldest clubs, is on the cusp of completing its most exciting project in its 130 years of history, writes Stewart Flisher.

In partnership with Royal Grammar School Worcester (RGS) and Worcester City Council they are building two international standard water based artificial pitches and a pavilion on the outskirts of Worcester.

RGS is the sixth oldest school in the world and has a renowned pedigree for sporting excellence with its age-group teams as well as individual pupils consistently achieving high honours.

The Worcester International Hockey Centre is being built on the run-down former Porcelain Works sports ground and will provide regeneration for a local eyesore as well as being the sporting home for the club and the school. It will also be let out to other schools and community organisations.

In order to maintain the current sporting element across the site, the two grass football pitches are also being retained for use by local leagues. The expectation is that not only will the centre provide top quality local hockey but will also attract national and international training and competitions. The centre has also applied to be a possible training or match venue for the 2022 Commonwealth Games.

RGS and WHC are committing their own funds to the project, with enabling support provided by Worcester City Council, while the aim is for the pitches to be playable by the end of April 2021.

Fundraising during the pandemic has been challenging. A virtual fundraiser was run throughout one day in June; centred on Facebook live and incorporating videos, virtual coaching sessions, an auction, and personal challenges such as running 5K in full goalkeeping kit.

One member even dressed as Wonder Woman and dribbled a hockey ball up and down the main road near his house, raising nearly £400 doing so. They have also appeared on local TV and Radio talking about their various initiatives and particularly showcasing the junior players who will benefit. The club currently has over 110 juniors aged under 14 regularly training and playing.

The club, founded in 1892, has also been running a successful Buy-a-Brick campaign where people can buy different types of commemorative brick, also raising funds from branded face masks, T-shirts and even selling unwanted items via their own E-bay account. In addition to completing numerous grant applications and creating sponsorship packages covering all levels from match balls, to changing rooms to the site itself; the most recent initiative is to launch a Crowdfunding programme.

Hockey – accessible for all

The Joint Venture, which will run the centre on behalf of the partners, is acutely aware of the need to make sure that the facility is not only a home for WHC and RGS to play their hockey but should also be accessible to the local and regional communities.

Worcester HC has had a long history of working with schools to develop hockey and fully intends to develop this participation as well via various local and national hockey initiatives such as walking hockey, and Flyerz Hockey.

Once the centre is up and running, they will also be offering free return to hockey sessions, and will provide all equipment.