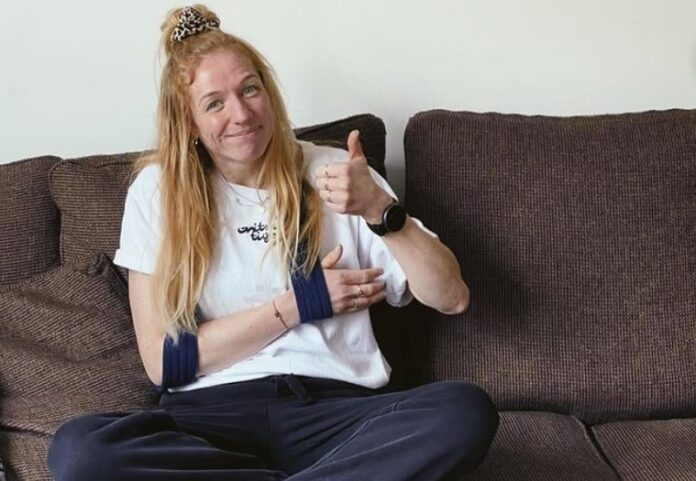 Influential Dutch player Margot van Geffen hopes to recover in time for the EHL play-offs after breaking her elbow in an ice skating accident.

Van Geffen, who has played over 200 times for Oranje women, landed on her arm two weeks ago and after undergoing surgery will be sidelined for two months.

Due to the recent cold weather, the popular Dutch sport saw plenty of action with canals and lakes frozen over.

Initially, she thought nothing of her fall on the ice and woke up the following morning where she completed an S&C work out with the national squad.

After returning home and the bruising beginning to show, she was advised to go to hospital for an X-ray.

Van Geffen has already started her rehabillation on her road to recovery and was missing from Holland’s Pro League outings at the weekend.

The Den Bosch midfielder is marking a decade in the Holland squad since making her international debut in 2011.