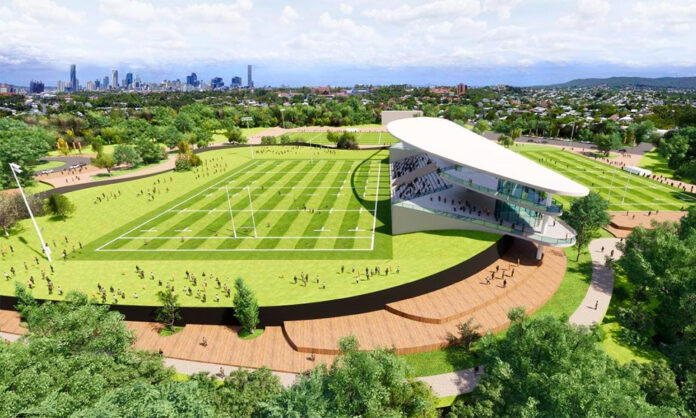 Should Brisbane’s 2032 Olympics bid become a successful one, it is mooted that Ballymore would host the men’s and women’s hockey.

If the sport remains on the Games programme then the redeveloped area of Ballymore, in the suburb of Herston, is noted as the likely choice, while the existing Gold Coast Hockey Centre could be an alternative venue.

The Ballymore stadium facility – the upgraded costs are reported to be around £17 million – is currently a rugby venue and will also be a training venue for the 2023 FIFA Women’s World Cup.

This week, the International Olympic Committee announced Brisbane as its preferred candidate to host the 2023 Olympics.

Other bidders to host the sporting extravaganza have included Budapest, Doha, a Rhine-Ruhr German proposal, as well as Chengdu and Chongqing in China.

“I’m very pleased that we’ll be working with the mayors and the Federal Government to ensure that we get the funding to make this a reality,” Annastacia Palaszczuk, the Queensland premier, told Australian media.

“We already have 85 per cent of the venues at the moment. We don’t have to build huge stadiums that are not going to be used in the future.

“And this gives us hope and opportunity as we go through our economic recovery and plan for the future.”

If the Queensland bid is accepted, it would be the third Australian city to host an Olympics after Melbourne in 1956 and Sydney 2000.

The Hockeyroos last won Olympic gold at those 2000 Games. The Kookaburras last won gold in 2004.

Hockey will feature at the 2024 Paris Olympics, although nothing is confirmed for Los Angeles 2028.