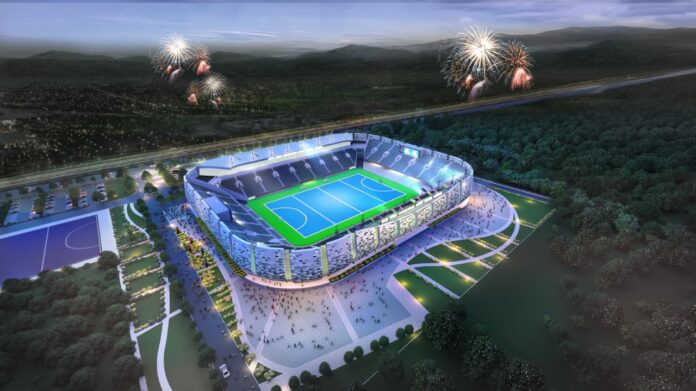 The first foundations for India’s biggest international hockey stadium were laid on Tuesday as preparations for the 2023 men’s World Cup were cemented.

The new 20,000 capacity hockey stadium in Rourkela “will be a model of green, functional, cost effective design” according to a release, together with graphical images of the new stadia.

“With a seating capacity of more than 20,000, it will be the largest hockey stadium in the country. It will set a new benchmark in global stadium design for hockey, offering one of the finest spectator experiences in the world,” Naveen said.

In a release, it is claimed that fans will be closer to the pith than any other hockey stadia in the world.

It was also noted that commercial flights will also be operational soon, with an airstrip located adjacent to the venue.

The Rourkela stadium will act as the second World Cup venue to the Kalinga Stadium in Bhubaneswar.