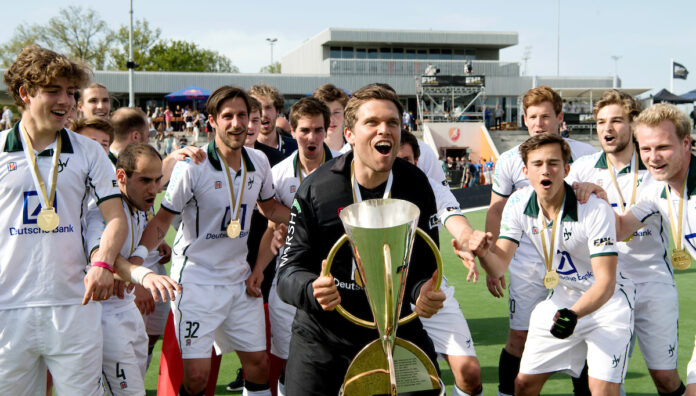 The Euro Hockey League says the decision to stage the culmination of the 2020/21 men’s and women’s events will offer a “new beginning and certainly a new hope” for the sport’s return.

The ABN Amro EHL Men and Women tournaments will take place at the Wagener Stadium in Amsterdam at Easter following clearance from the Dutch government.

The reduced event – with no fans – will be staged as a Final 4 on April 3, with the Grand Finals played on April 5.

The line-ups for the original 2020/21 EHL season were announced last October with the top seeds determined in accordance with the EHL club ranking list.

It will be the first EHL competition to take place since October 2019’s KO16.

“The EHL was sorely missed by hockey fans around the world over the past 18 months and so we look forward to celebrating hockey and its shining athletes more than ever at Easter.

The weekend will feature the long-anticipated introduction of EHL Women for the first time.

Of those clubs who will not be at Easter’s reduced event, they will now be invited to an alternative EHL competition to take place next October.