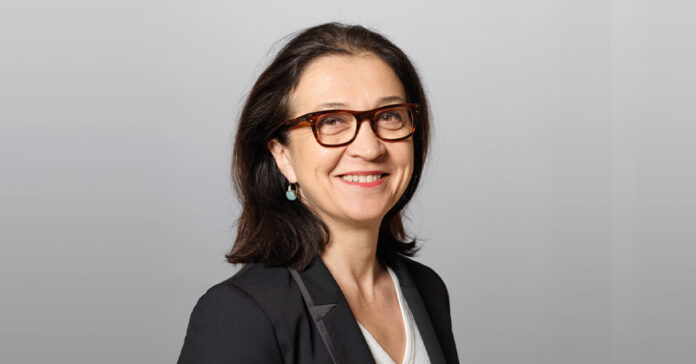 Isabelle Jouin has outlined her four-year objectives ahead of the Paris 2024 Olympics after becoming the first female president of the French Hockey Federation.

Jouin received 65 per cent of the votes cast at the General Assembly as she also became the second woman to hold a presidential post of a French Olympic sport.

In her first statement, she said: “Important challenges are to be taken up on the increase the number of licensees, finance, club development and structuring, training, communication and the search for new partners, the championships and the Paris 2024 Olympic Games.”

Jouin, of Carquefou HC, beat opponent Jean-François Boyer at the weekend elections and succeeds Olivier Moreau, who was president since 2013.

Calling on the French hockey community, Jouin added: “We will need all the positive energies, your ideas, cooperation and mutual aid between all of us and you can count on our commitment and our work as elected officials.”

Before the elections, Dutrieux, of Lille HC, had outlined his concerns in the sport. France has 120 clubs, but only 10,000 members.

He said: “Everything is currently centered on the national teams and we forget the clubs. I can obviously understand the need to develop our elite, but we forget the natural terrain where they develop. There is a lack of identification of our players: 60 per cent of our boys are abroad, 100 per cent for the girls. It’s a brutal change for the clubs and the French championship has lost its quality. A real problem. With the Fed, there is a relationship problem between it and the clubs.

“The Olympics will undoubtedly shine a light on hockey with the participation of our two teams. The stake is enormous. This will attract new licensees to our sport and it will be necessary to be ready: the clubs must be prepared to welcome the arrivals. Our Fed is not in good health; it has a deficit of more than 600,000 euros for a budget of 2.5 million: it is heavy.”

Hockey at Paris 2024 will take place at the Yves du Manoir stadium, which hosted the 1924 Olympic Games.