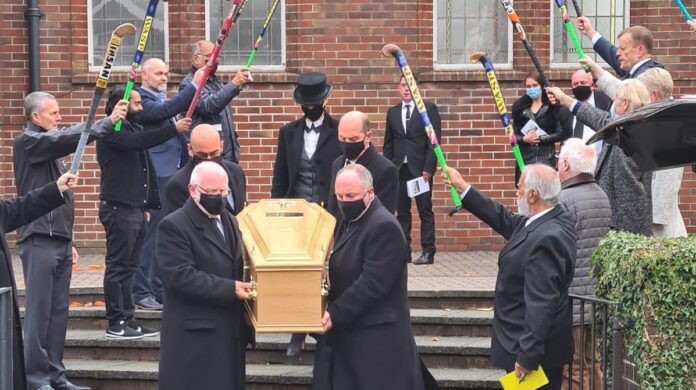 Ex-members of Bolton HC paid their respects to the former chairman of the club last month in a fitting hockey tribute.

Harold Smith, who died aged 89, first started the game on national service in Malaysia and was a long-serving player at Bolton after his retirement.

At his funeral, members lined up in a guard of honour to remember the founding member of the club.

His son Chris Smith told Bolton News: “The guard of honour properly finished it off really. It’s an awful time to have a funeral and we couldn’t have all the family inside.

“But when we came out it was nice to see that. It felt like a fitting tribute to him. They were all ex members of the hockey club who held out their sticks as the coffin came out.

The club said: “As a stalwart of Bolton Hockey Club he could be seen taking to the pitch well into his 70s.

“He was a lovely chap who had time for everyone. Rest in peace Harold.”