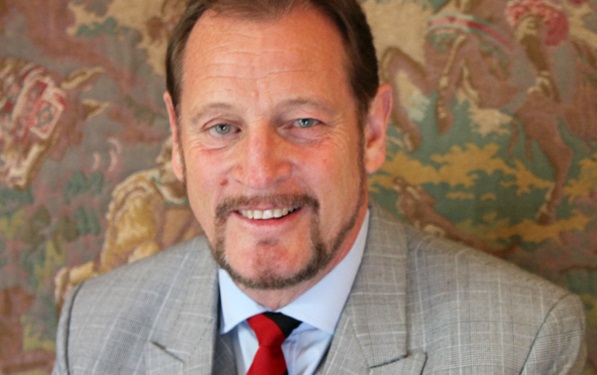 Well known in hockey circles, World Grand Masters Association has appointed John Willmott as its third president. WGMA said Willmott will be an “energetic flag carrier” for its over 60s hockey.

The congenial Willmott will represent the association after Wim van Noortwijk stood down after six years. The WGMA organises social hockey and is run separately from the FIH-supported World Masters Hockey.

Adrian Stephenson, WGMA’s hon secretary, said: “Wim was instrumental in the formation of World Masters Hockey and had resigned from WMH in August 2019 to concentrate on the future of WGMA.

“Ill health has made it impossible for Wim to give as much time and energy to WGMA as he would like and he has been working through this difficult year to find a suitable successor to lead WGMA and to shape the organisation in its new role in the changing world of Grand Masters hockey.”

As Southgate HC president, Willmott hosted the Grand Masters Hockey European Cup in 2015 and is now a committee member of Alliance International HC and chair of the Hockey Museum.

He has also been a driving force behind the Six Nations International Veterans Tournament which began in 1972 and continues to this day, involving club sides from France, Belgium, Spain, Germany, Italy and England.

WGMA said: “We have no doubt that John will be a very visible presence and energetic ‘flag-carrier’ at all Grand Masters events and that his love and experience of international hockey will ensure the future health and happiness of Grand Masters hockey around the world.”