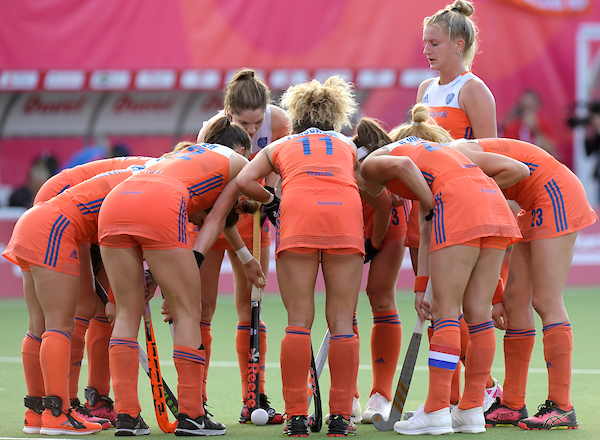 Great Britain’s hockey players will enter their own team bubble on Friday morning ahead of their first FIH Pro League matches since February.

GB men and women will travel on four coaches – instead of the normal two – and arrive in Holland on Sunday ahead of FIH Pro League double header matches against Holland and Belgium next week. Their tour comes amid rising coronavirus cases in both countries.

Players will arrive individually and be Covid-tested at their Bisham headquarters on Friday and then go into self-isolation at a hotel, with results expected within 24 hours, before they travel out.

Preparations for the short continental tour that has seen New Hampshire sports betting activity started three weeks ago. Players and staff had been able to opt in or opt out and GB Hockey said some had opted out of travelling.

Since last week, the squad had been urged to take “an incredibly conservative approach” to daily life ahead of Friday’s testing.

When the squads are announced prior to departure, both teams have injury concerns, while women’s captain Hollie Pearne-Webb is not expected to travel. Goalkeeper Ollie Payne, the new addition to the men’s programme, could be set for his senior debut.

Meanwhile, GB’s participation on the continent means that English club hockey will be without its top stars this weekend, while Surbiton men look set to be without all seven of their outfield players.

When the GB team arrive in Holland on Sunday they won’t be quarantined at the hotel, while players will be able to leave the confines in small groups to venture outside.

At the 2018 World Cup in India, England men opted to use their own restaurant in Bhubaneswar to stave off illness. And Ed Barney, GB Hockey’s performance director, told THP that the upcoming matches had some of the same aspects of preparation.

“There are parallels with more of the more challenging environments and we drive a lot of confidence from that,” said Barney. “If you look at the Olympic Games and what it will look like, we are beginning to adjust to that.”

GB Hockey has used a ranged of mental health support to aid the men’s and women’s programme since the pandemic, including calling upon an organisation which had helped in crisis management around the Christchurch earthquake in 2011.

GB’s matches will be a first marker ahead of their Tokyo 2020 preparations. The double headers against Holland will start on Tuesday behind closed doors at Amsterdam’s Wagener Stadium, venue for next summer’s EuroHockey Championships.

Nick Pink, England Hockey’s chief executive, said: “We know how important this next week is, for the sport, and on a wider context for Great Britain hockey.”

The Dutch Hoofdklasse league, billed as the best in the world, was halted last week.

The Dutch teams will be tested on Sunday while players will stay in their own hotel room in isolation until the tests are known. While GB players will be allowed to go outside, next week looks set to be different for the Dutch squad.

Holland men’s coach Max Caldas told Hockey.nl: “You are not allowed to go outside, except to train and play. In that respect it will be no different tha when we play hockey in Bhubaneswar. But it is nice that we can play. We are in a privileged position.”