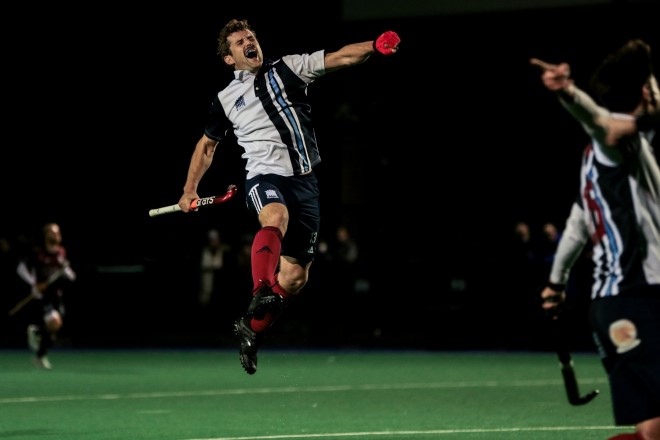 Alan Forsyth got in on the act for Surbiton with his first goals of the season – a hat-trick – as the champions moved clear in the men’s Premier Division.

Forsyth, who has turned provider for the opening games, starred in Surbiton’s 7-2 win over East Grinstead, the Sugden Road faithful seeing evening cheer after the women earlier suffered a 1-0 defeat to East Grinstead women.

Dan Shingles netted a rare double, including a sumptuous run and chip goal, as Old Georgians moved into second following a 5-1 win over University of Exeter.

Hampstead & Westminster are one of four teams level on seven points in second after powering to a 4-1 win over Wimbledon.

Beeston were 3-1 winners over the University of Durham, while Holcombe were unable to travel to Brooklands MU due to Covid-19 within the squad.

Loughborough have an identical record to East Grinstead after securing a 2-0 win over Buckingham.

First half goals from Lucy Millington and Hannah Grieve earned them the points, with Millington scoring from open play after 18 minutes while Grieve struck from a penalty corner on the stroke of half time.

Meanwhile Kate Mccaw hit a goal in each half to guide Hampstead & Westminster to a 3-1 win on the road at Wimbledon.

The University of Birmingham got their first point of the season, holding Beeston to a goalless draw.