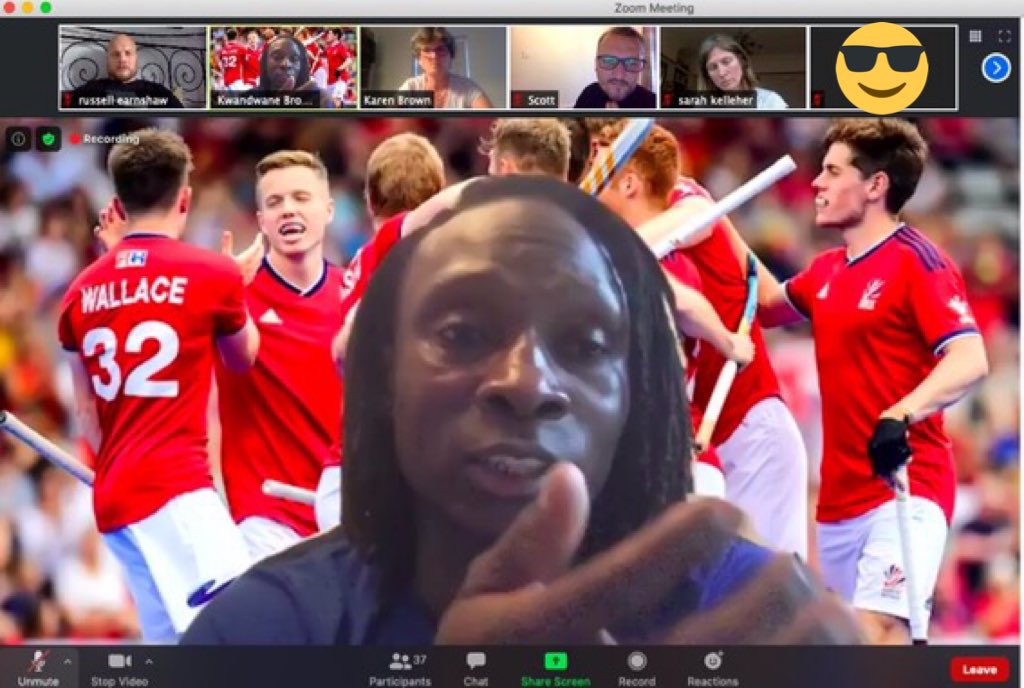 The sight of empty pitches during lockdown and the hundreds of coaches across the UK unable to deliver sessions to eager players has clearly left a void.

But England Hockey has seen an invasion online during the pandemic, with its coaching offering seeing engagement above and beyond what it would normally attract, while other initiatives such as its virtual wellbeing sessions have also garnered praise.

Mark Bateman has combined his full-time role at UK Coaching, the national coaching agency, with delivery at England Hockey national age group level during lockdown and has been impressed by the uptake.

On a coaching front, Bateman said there had been an increase in regional coaches wanting to get better which he hopes will translate to the pitch and have an impact on the quality of sessions delivered at grass roots level.

“We have seen a massive positive upsurge and this has offset the negative impact of not being able to do anything for four months,” he said.

Bateman added that the virtual connection with coaches at the top of their game – with the likes of Danny Kerry, Mark Hager and Kwan Browne taking sessions – had also been a boost for grass-roots coaches.

Further, Bateman said that he had also used England Hockey’s online training hub and urged coaches to use the platform more. “It’s a good resource and not used enough,” he said.

For the GB programmes, junior squads have kept up with fitness challenges while lockdown has seen better relationships being built, friendships fostered between players and more time devoted to development conversations, which would have been otherwise shortened during normal times. Bateman said there had been a near 100 per cent virtual attendance rate for the under-16 programme.

At performance level, it has been a tough time for all self-employed coaches who were set for a busy summer.

On its NAGS, DISE and EDP programmes, England Hockey has engaged with 47 contracted positions across coaching, managers and physio, of which 28 are coaches. Most have been on a reduced contract, yet the feedback the national governing body has received has been appreciative of the approach it has taken. In all, England Hockey has 63 contracted coaches, of which 29 were retained.

GB Hockey said: “We are very conscious that this has been a difficult time for many people within the hockey family and particularly challenging for some who are self-employed.

“Health and wellbeing of staff, contractors and players remains exceptionally important and we continue to support everyone to the best possible extent during the current situation.”

During this time of lockdown I have found myself riding a rollercoaster of emotions. My job as a frontline worker in the NHS put me in a position where I could not attend work because I was required to go into shielding with my high-risk daughter Phoebe, who is 13, crazy about hockey and unfortunately suffers from Cystic Fibrosis.

However I spotted the Twitter link to the GB coaching wellbeing sessions. Entering the unknown was scary, but the fact it was free meant it was a no brainer. This is where I met Demy and Scott. Oh my, loved these guys, explained my position and like fairies they created magic. Demy arranged for a video for Phoebe from Hannah Martin, which created hysteria in my house.

I was also inspired to go and explore new platforms that I had never heard of … webinars and podcasts! So I ventured into the unknown and my life has changed forever. Priceless.

I have since returned to the wellbeing session and again new ideas and mind provoking thoughts have led me onto new reading materials.

I have to say these are the best idea EH have ever had. To continue these after lockdown has to be seriously considered. Monthly wellbeing webinars would be awesome.

By offering that platform to chat and meet like-minded people in what I have come to learn is a very isolated place, is definitely a benefit to mental health wellbeing. As a “hobby” coach I love the sport but do find coaches can be very “secretive”. But I’m now starting to think it’s “fear” where as you can tell from my message to you today. I love to talk and get to know others, and this platform has allowed for that to happen.