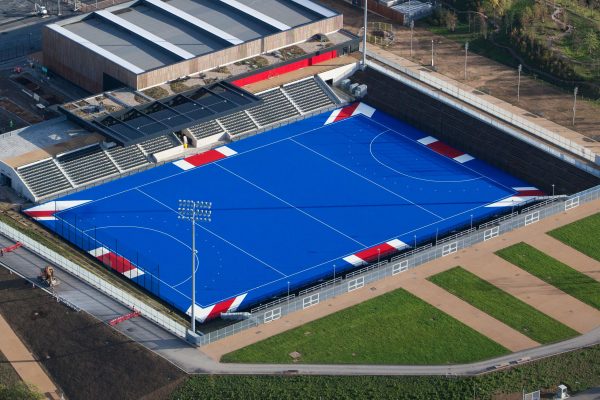 Great Britain hockey Olympians were used as ‘guinea pigs’ in a behind-closed-doors UK Sport project trialling a ketones-based drink in the lead up to the London 2012 Games, an investigation by the Mail on Sunday has alleged.

It is not known how many hockey players were signed up but the newspaper has claimed that 91 elite sports people across eight Olympic sports were involved in the trial.

It is alleged that the athletes were given an energy-enhancing product in drink form called DeltaG, despite claims that UK Sport was unable to offer guarantee as to its legality and side effects due to the fact that it was only in early research stages.

A spokesperson for GB Hockey told the Mail on Sunday: “Athletes from GB Hockey were offered the opportunity to try DeltaG and did so in the 2012 Olympic cycle.

“GB Hockey were reassured by UK Sport’s participation in the programme and comfortable with assisting their drive for excellence. DeltaG was not adopted for a sustained period of time.”

The newspaper reported that 28 of the 91 athletes using the drink withdrew from the scheme after experiencing side-effects which included vomiting.

Athletes who used DeltaG signed non-disclosure agreements (NDAs) which prevented them from ever speaking about their involvement in the secret project.

The DeltaG product is a synthetic version of ketones, which is a naturally occuring build up of fatty acids produced by the liver.

The Mail on Sunday‘s investigation revealed that rowers and cyclist who were tested in lab-based trials showed a “one to two per cent performance benefit”.

The secret project detailed: “The (UK Sport) aim is to implement the use of DeltaG with targeted athletes and sports in the period leading into and during London 2012 with events greater than five minutes’ duration and multievent athletes. These sports include cycling; hockey; sailing; athletics; swimming; modern pentathlon and select others.”

A version of the product has since been approved by Wada. Ketones are now widely used in the sporting world.

According to its website DeltaG “provides an alternative source of energy in the form of ketone bodies which break down slowly to provide sustained energy release over several hours. Glucose stores are set aside and used later, enabling endurance athletes to go farther faster.”

In a statement issued in response to the story, UK Sport denied putting elite athletes’ welfare at risk and said it had consulted with both WADA and the UK Anti-Doping before using the product to make sure it was in line with guidelines – and that the health of athletes would not be put on the line for the sake of an improved medal haul.

UK Sport said in its statement: “As the nation’s high-performance sports agency, UK Sport invests in expert institutes who deliver research and innovation projects to support the success of our national sports teams. These projects range from designing world-class technical equipment for our athletes, to supporting athlete health and performance.

“These research and innovation projects are conducted in line with the highest ethical standards, within the rules of international sport and are assessed by an expert independent Research Advisory Group. Consultation takes place with UKAD and WADA wherever necessary to ensure projects comply with international anti-doping regulations.”