Claire Middleton looks back at four hockey controversies down the years

Call me a naïve Corinthian but I reckon sport should be a good thing; fun, a challenge where you give of your best, promoting teamwork, fair play and leadership.

Well, unfortunately, money and medals have stuffed up that notion good and proper but mention the word ‘controversy’ and it’s not hockey that ever comes readily to mind.

In contrast, hockey, a barely professional sport generally involving nice people, almost global with reasonable equality between the sexes and a pretty good record on anti-doping – surely there’s no controversy there?

Like hell there isn’t! There’s plenty of controversy, it’s just that it gets very little oxygen. Believe me it’s there, it just largely stays within the sport, shut down by governing bodies and the FIH. Oh we Tweet and ‘like’ and comment, but we are talking amongst ourselves. NOBODY ELSE OUT THERE IS LISTENING.

Can you imagine the furore if the soccer World Cup was awarded to the same nation three times out of four? That would be great for England, for example, who would not have to qualify but could rest on their laurels as hosts. Do you think other nations would stand for it?

However, having hosted in 2010 and 2018 the next men’s World Cup (in 2023) is heading to India, according to the FIH because of its “income-generation potential”. Just the men, obviously, because we all know that the Indian women’s team are second-class citizens in their own country.

You might point out that Holland have been allocated the event three times … that’s true, but it’s three times since 1971! While the awarding of the event has generated much ill feeling, the real controversy is the lack of transparency over the decision.

A brief press release is all we get with no detail of the bid itself. It’s the three words “income-generation potential” which speak volumes. For all the baloney which was spoken about in the creation of the Pro League, is there a magic money tree anywhere?

Yes, yes, yes, it’s Canada v Ireland in the men’s Olympic qualifier last year in Vancouver. The best-of-two play-off saw Ireland win the first match 5-3 but then their legs turned to jelly and it all started going wrong in match two.

However, despite the nerves and the missed chances, it was 2-1 to Canada with one second to go. With one second on the clock, Ireland were heading to the Olympics with a 6-5 aggregate win. Yet in the final Canadian attack, as the final whistle blew, a coming together in the circle led to a last-ditch team referral, more in hope than expectation.

The umpire on the pitch saw no foul, his colleague did not indicate anything to the contrary. However, the video umpire saw something akin to attempted murder and awarded a penalty stroke, to the surprise of absolutely everybody.

As we know, the stroke was converted, the aggregate was levelled and the ensuing penalty shuffle competition went the way of the Canadians, leaving Ireland distraught.

As a couch-potato viewer of that particular match, streamed by BBC Northern Ireland, it was impossible to see what was going on in the circle. None of the video angles I saw illustrated anything conclusive, one way or the other. The commentary team, which included 1988 gold medallist Sam Martin, were not in Vancouver so could offer no additional insight.

So answer me this, FIH. You say there were six camera angles available at the game. So why can’t the video footage used by the video umpire be uploaded onto the FIH website?

The Canadians may have been celebrating in 2019, but it was a much less happy tale when they attempted to qualify for the 1996 Olympics in Atlanta. The eight-nation round robin was held at the Polo Club in Barcelona and when it got to the sharp end of the tournament, Canada and Malaysia were battling for the final spot.

Their last games were against Belarus and India respectively; if the matches went to form (Canada beating Belarus, and India beating the Malaysians), the Canadians would go through. First up was India v Malaysia and I recall Chris Moore, then the Daily Telegraph’s hockey correspondent, writing in his report that the 0-0 draw was a travesty of a game with both sides barely taking a foot into their opponents’ half.

“You could not believe it,” said a Great Britain spectator, recalling the match. “It was awful to watch. The Canadians were jumping up and down on the side-lines absolutely furious, and I don’t blame them.”

The Canadians took out their frustrations on Belarus, winning 7-1, but it was Malaysia who joined Holland, India, Great Britain and Spain at Atlanta later that year. Nothing was done about the match at the time, nor about extremely credible additional allegations of attempted bribery and match-fixing, but that round-robin qualification format was not used again.

The 2008 women’s Olympic qualifying tournament in Baku, Azerbaijan provided a most extraordinary story of international dirty tricks. Spain eventually clinched their spot in the Beijing Games but two players subsequently tested positive for the nightclub drug ecstasy, having apparently ingested it the evening before their all-important winner-takes-all final against their hosts. 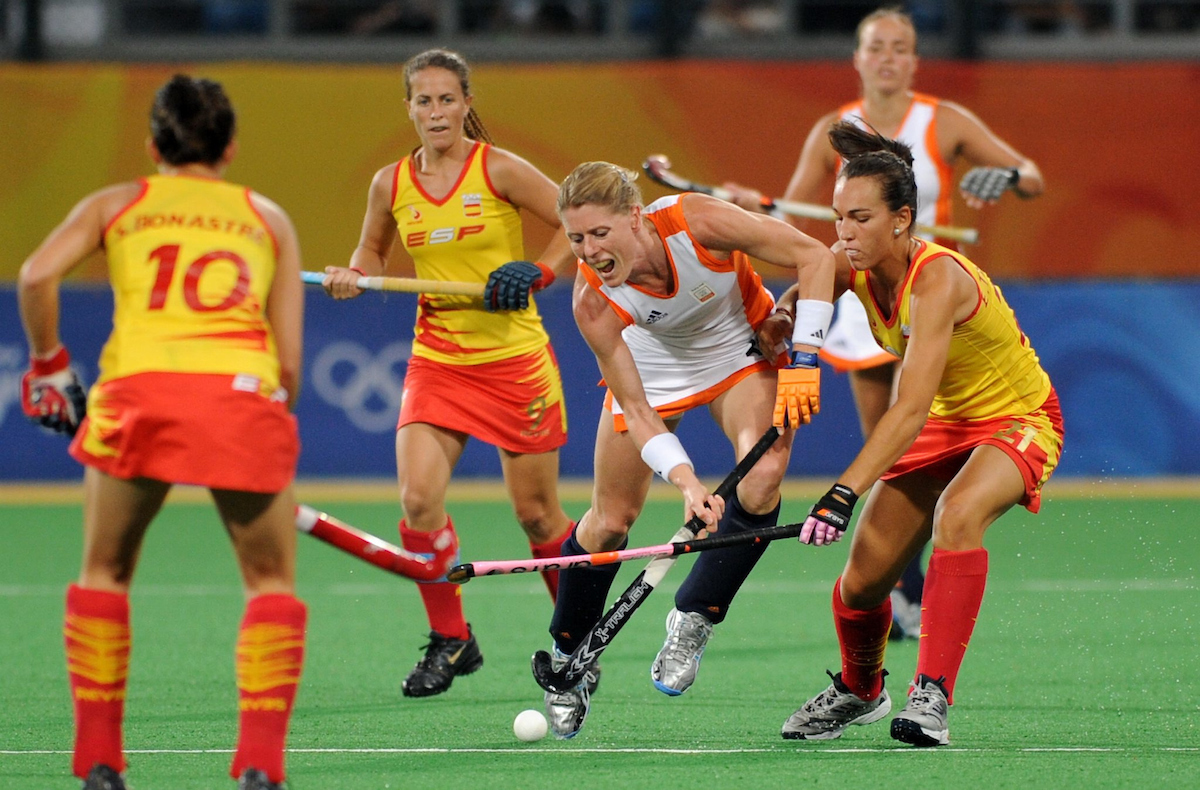 The rules were such that if more than one player was found guilty of a doping violation, their team can be thrown out of the competition. The players denied having taken the drug – as they would, you might say – but because the squad had undergone a fortnight of harassment at their hotel, the team management suspected something fishy.

The squad, plus various officials including the Spanish Hockey’s elderly president, had dined on two separate tables at a restaurant that night. Hair testing carried out on the entire party showed that everyone who had sat at one particular table (including the president) tested positive for ecstasy. The FIH found one player guilty of a doping violation without significant fault or violation and the other was exonerated of any offence but Azerbaijan took the case to CAS with the aim of having Spain chucked out of the Games and taking their place.

CAS heard that four members of the team had collapsed in the hotel prior to a match against Kenya having inhaled gas that had escaped through the air conditioning system, while the whole squad had been unable to sleep having been bombarded with telephone calls to their rooms overnight.

Others felt ill after drinking water provided during matches by organisers.

Azerbaijan’s case was thrown out on August 2 2008, just before the Games, which started six days later. Spain, although they took part, were never in the medal hunt having had their preparations completely undermined.

Azerbaijan’s next move was to turn up at the 2009 European Nations Cup in Manchester with a whole new team – comprised mainly of South Koreans who had “married” Azerbaijani nationals to get passports. Honestly, you couldn’t make this up.

So, hockey is not immune to controversy and these items don’t tell half the story. If there is a common thread, it’s the lack of leadership and transparency of the FIH allied with a lack of investigative probing by the media – or any other party who does not have a vested interest. Television commentators, for example, are hamstrung by FIH rules on what they can say and those who want the work have no choice but to abide by them.

Newspapers and radio stations no longer send correspondents to attend events and coverage for hockey is extremely limited. This means that the sport’s suits can set the agenda and wear any storms because they are likely to be short lived.