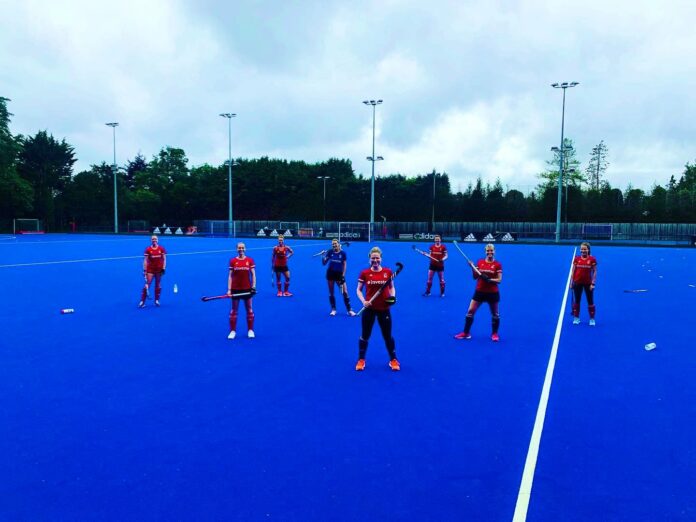 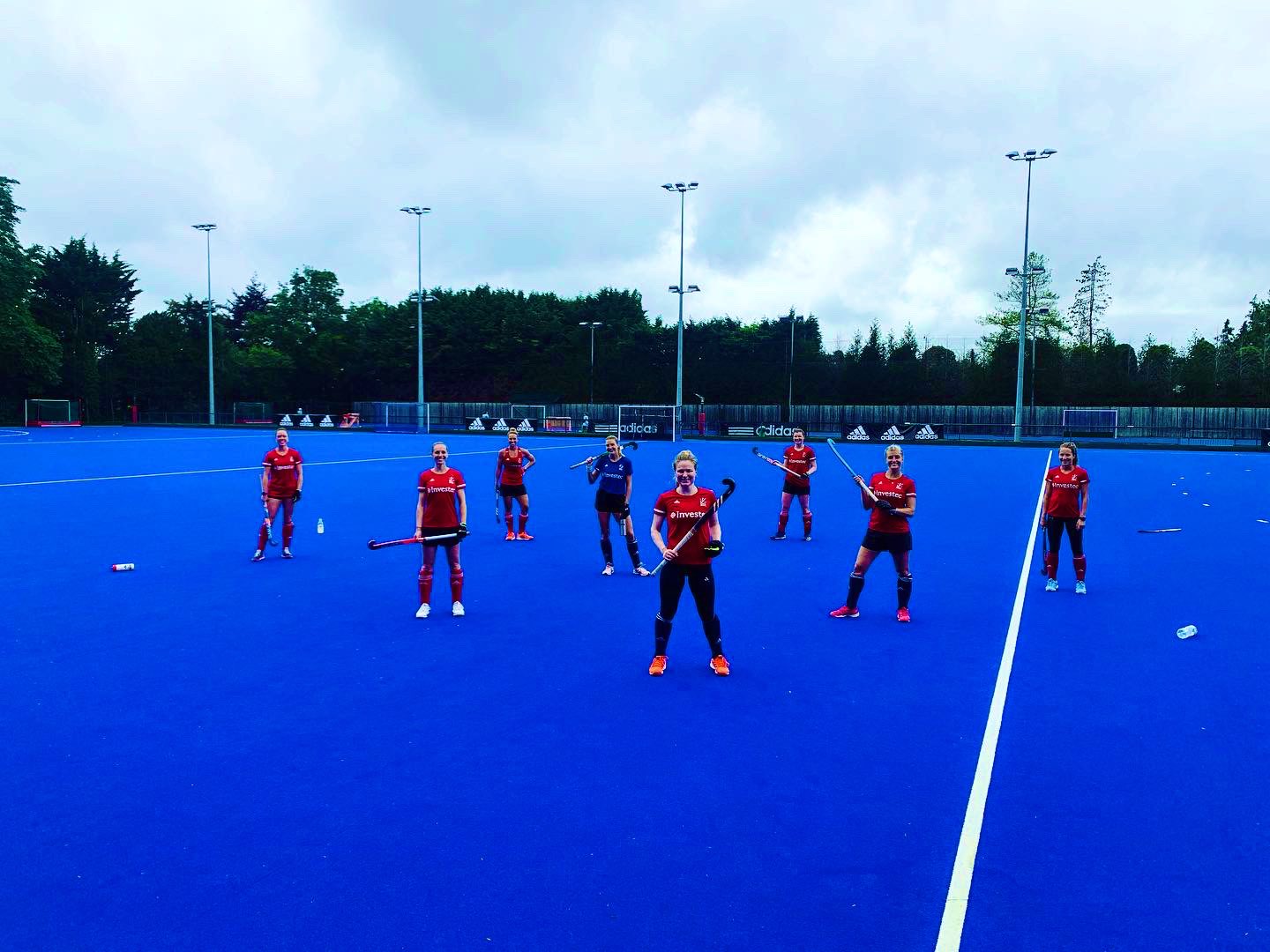 There were school-like ‘first day back’ images and jokes about missing satchels as Great Britain’s hockey players were back at Bisham HQ for the first time in nearly fourth months on Tuesday.

The GB squad returned as part of a phased Return To Training (RTT) process which for the first two weeks will involve unopposed training with a 2 metre social distancing and training – and remaining – in small groups during this time.

As with their continental rivals, who returned in May, players turned up in training kit, while staff tested the squad for coronavirus symptoms and temperature checks on arrival.

There were three-player ‘bubbles’ on the Bisham turf and they were also refrained from touching equipment.

With lockdown occuring four months before the Olympics, which were subsequently shelved until next year, the players were understandably becoming anxious.

Now, however, the women’s players believe that the break from routine, coupled with the extra time to gel under coach Mark Hager. will hold them in good stead.

“I was driving on my way [to training] and I was all excited. I haven’t been excited about hockey in a while actually, or for the last six months, and speaking to the girls everyone felt the same,” Susannah Townsend told The Telegraph. “We were pushing, pushing, pushing to peak in Tokyo and the time away, it’s like anything, you don’t have something and you miss it – it makes the heart grow fonder.”

All the Rehab work over the past 8 months, here’s hoping I can complete training session 1 tomorrow. I know I will be rusty, I know it will take some time to get back to where I was. I know it may not be an easy road but BLOODY HELL, I’M BUZZING! #ACL #BUZZING #MATTANDROYHAB pic.twitter.com/1fEdViTuT4

Meanwhile, the return proved very timely for Brendan Creed, who was back training for the first time in eight months after recovering from an ACL injury.

“I kind of lost my way a bit over the past few weeks,” Creed told the BBC last month.

“But I’m now getting back into it and the postponement gives me a full season to attack everything.”