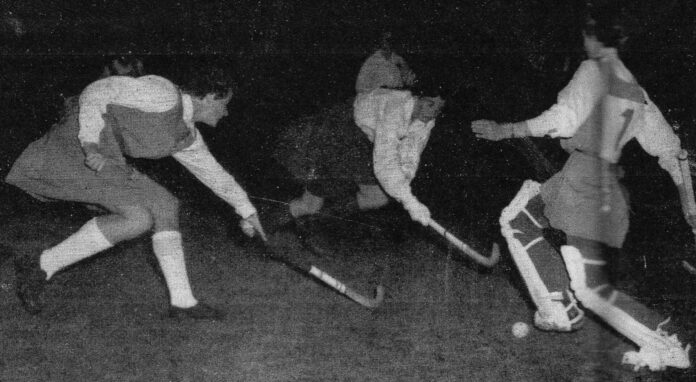 The first floodlit international hockey match took place on the October 25 1955 at the Arsenal Football Club’s stadium at Highbury, London. The match was organised by the AEWHA to celebrate their 60th anniversary and was very much in line with their enlightened policy of holding their international match on famous sports grounds.

The annual matches at Wembley had started four years earlier and they had been playing at the Oval before World War Two. This encouraged big crowds to attend the matches and this evening’s floodlit encounter was no exception with over 6000 people making their way to north London.

The visitors for this special match were the USA who had been on an extensive tour of England, playing the territories (divisions) and a few selected matches. The match was further honoured by the 32nd Band of the US Army who conducted the ceremonials for what must have been a very interesting spectacle.

The USA were well practiced from their tour while, for the English, it was their first game of the season. However, once the players settled down to the new conditions, the English team gradually took control and eventually ran out 6-0 winners. It should be remembered that in this era, the mid 1950s, the England women’s team remained undefeated at home with only a few away defeats.

Contemporary reports of the game tell us that the players settled down very well to the artificial lights and there were few adverse comments about the pitch, other than that the ball got dirty. It may be that the commentators did not want to displease the host club. The main comment about the light was of the blinding flash lights from the photographers behind the goals which apparently left the players dazzled for a time.

The photo here shows a fairly gloomy scene but that has more to do with the state of sports photography in the mid-50s than how the human eye interpreted it on the night. Both the players and spectators reported a good view of the scene.

As ever with historical hockey facts we believe this game was a first. It is also believed that the USA team were the first hockey players to arrive in England by air. 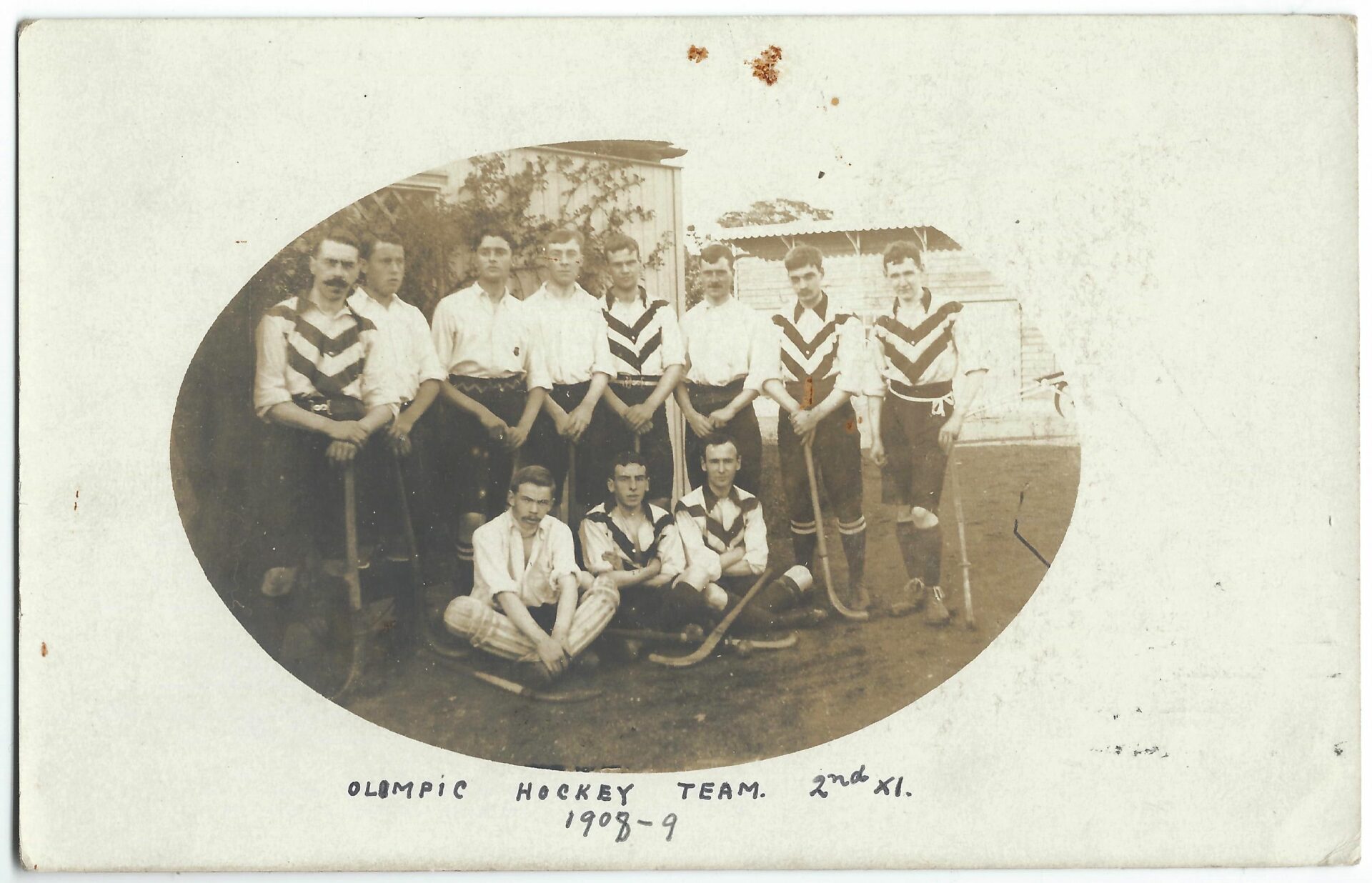 Not a week goes by without something interesting or unusual emerging from the history or heritage of our sport. We at the Museum call them ‘WOW moments’ and the discovery of the postcard above was certainly one.

The caption suggests it is of the Olympic hockey team and 1908 was the occasion of the London Olympic Games. But we have never heard of any reference to a 2nd XI and none of the players are familiar to us through international team photos.

However, examination of early magazines and handbooks revealed that it is a photo of the Olympic Hockey Club 2nd XI who were affiliated to the Kent County Association from 1908 until the 1920s. The club ground was given as Chapel Farm in Eltham.

If you know of any other reference to this club we would be pleased to discover more.