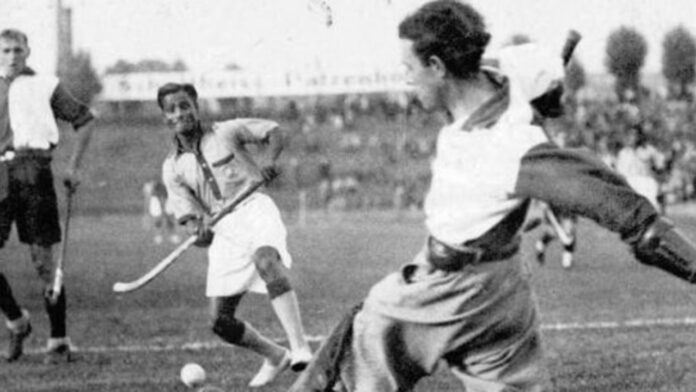 By Mike Haymonds | The Hockey Museum

Our article in a previous The Hockey Paper edition described Stanley Shoveller as the greatest ever English hockey player. There is little doubt that the accolade as the greatest global player is deserved by the Indian Dhyan Chand.

Chand won gold medals at three Olympics – 1928 in Amsterdam, 1932 in Los Angeles and 1936 in Berlin (when he was captain). In Amsterdam he was top scorer with 14 goals in five matches; in LA he got 12 (while his brother Roop Singh scored 13) and in Berlin he bagged a hat-trick in India’s 8-1 victory over the hosts. But for the intervention of World War II he could have played in one, or even two more Olympics. In 1928 one newspaper report read: “This is not a game of hockey but magic. Dhyan Chand is in fact the magician of hockey.”