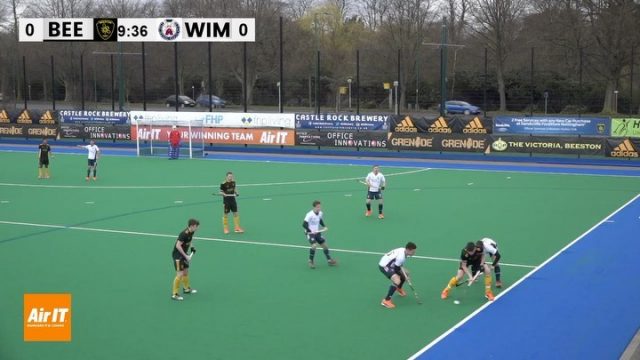 In what has been billed as a first for domestic hockey in England, the sport will be aired on free-to-air television for the 2020/21 season – at least in some form.

According to the club, matches will be aired live on the club’s Bee TV channel, which started broadcasting in 2018, and on Notts TV on Wednesday evenings.

Notts TV, a British commercial local television channel which broadcasts to the City of Nottingham and the surrounding areas, has been on air since 2014 and broadcasts on Freeview channel 7 and Virgin 159.

David Griffiths, Beeston’s Deputy Chairman, said: “For us, this is a moment of vindication, that our hard work to introduce regular live coverage of Premier Division hockey, has clearly paid off. It’s exactly what players of such a high standard deserve and we’ll continue to work hard to make our coverage as exciting as possible.”

Owen Shipton, Notts TV’s Head of Output, said: “Beeston Hockey Club deserves great credit for the role it plays in the development of the sport locally and nationally.

“This partnership means our viewers will get to see coverage of top-flight action and Olympic-level athletes for free, and reflects our ambition to bring the best of Notts sport to as big an audience as possible.”