Leaving hockey entirely is not an option for me, says Alex Danson 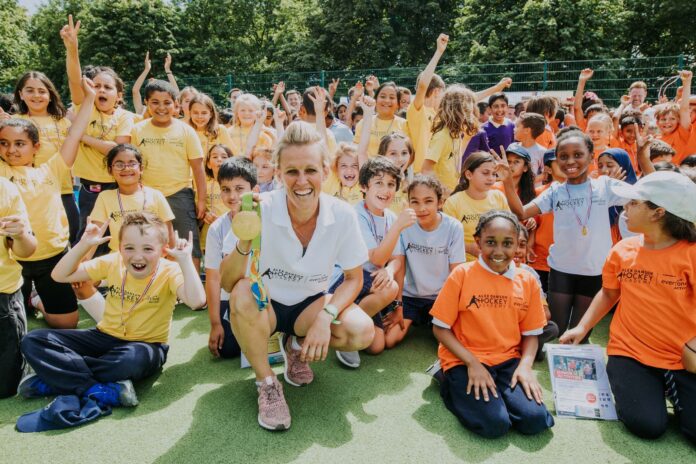 England and GB great Alex Danson-Bennett has admitted that leaving hockey “is not really an option” and hinted at a future coaching role in domestic or international hockey, writes Rod Gilmour.

Speaking from her home in Hampshire, Danson-Bennett said that retirement from elite sport would also mean spending more time with Claire, her triathlete sister, who was paralysed from the waist down last August after colliding with a tractor.

Danson-Bennett retired in February following her mild traumatic brain injury in 2018 while on holiday with her now husband Alex and said the “risk is too high” to continue a comeback in the game.

She now admits that she won’t return to the pitch in a competitive match. “I won’t play again as I can’t risk getting hit or just the way I play,” she admitted.

Instead she will focus on her Alex Danson Hockey Academy, which launched in 2017 and aims to introduce 10,000 primary-school-aged kids to the sport and encourages children to get active.

“My academy is where my heart is,” she told The Hockey Paper for our special edition March issue, “the inclusion and trying to get as many young people involved in the game and grow from the grass roots level.

“Leaving hockey entirely is not really an option. The reason why I’ve had a long career was because I didn’t play club. I was looking after my body and I was out of the domestic set up but I’d love to get back involved and do some coaching.”

Several leading figures – including Scotland’s Jen Wilson and Hampstead coaches Sarah Kelleher and Kate Richardson-Walsh – have spoken up about the lack of female coaches in hockey and the need to get women involved.

And Danson concurs. “There aren’t enough females coaches and there is an enormous descrepancy,” she said. “I can’t answer why but it’s a fact.”

As far as Danson is concerned, one possible entry into coaching, be it at club or national level, would be in the junior game.

She added: “If there was the opportunity to go back to do some junior coaching, yes I would love to. Because I was so influenced as a junior, I feel like you are a sponge at that age because it had such an impact at my age. It’s the age group I feel most drawn towards.”