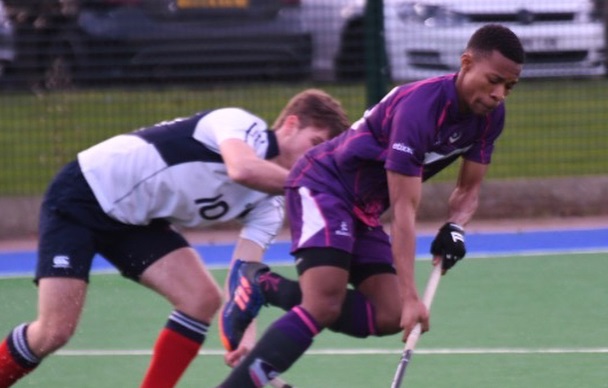 Tendo Kimuli, who this week stood up to racism after charting abuse on the pitch, revealed that England Hockey chief executive Nick Pink has spoken to him to discuss ways BAME people “can move forward as a community” in the sport.

Kimuli spoke out this week asking for anti-racism support from England Hockey after recalling unsavoury abuse on the pitch two years ago.

After Kimuli received a wealth of support on social media, the national governing body bowed to pressure on Friday when it released a welcome statement standing united against racism.

“The experiences shared by members of the hockey community this week were extremely disappointing and sad to hear.”

Following the “surprise” call from England Hockey’s chief, Kimuli, 22, said that the lesson learned from speaking out this week had been that “you don’t need a large platform to help bring about change in whatever community you’re a part of.”

The student, who has represented England at under-18 and 21 level, added: “Keep speaking out and the right people will hear your voice.”

“Thank you to everyone who has messaged me and shown support over the course of the week.”

England Hockey said that any reports of abuse sent to the national governing body would be “investigated fully”.

However, THP can reveal that one national league match which resulted in two players subjected to racial abuse has yet to be dealt with after six months.

England Hockey last year set up a diversity and inclusion working group “with the purpose of creating a strategy that would lead our work in this area.”

The statement added: “Our belief is that initiatives we put in place need to be part of an over-riding strategy to ensure that their impact is long-lasting and sustainable.”