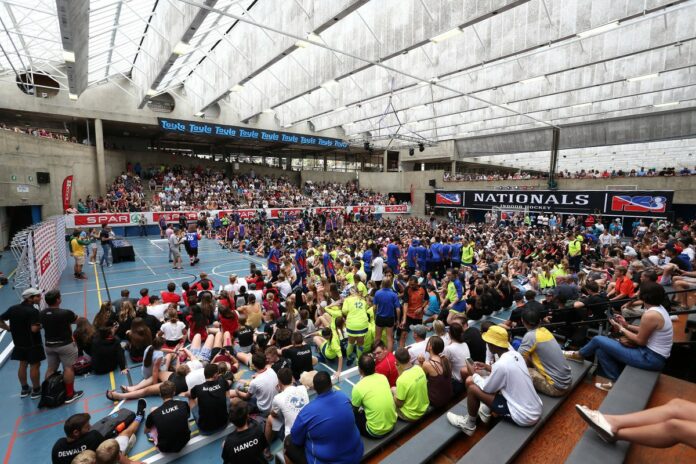 Pro Series Indoor (PSI) organisers have hailed its first UK event as a “massive success” as the growing indoor event broadened its reach in 2019.

PSI held its first indoor series in Southampton in October before holding its annual tournament back in South Africa at Christmas.

The Southampton event saw its franchises from across the UK account for 17 teams with plans to grow in 2020. The London Lancers, Canterbury Cavaliers, Edinburgh Castles, Somerset Spartans, Southampton Spitfires, Surrey Crusaders and Dublin North Knights competed in the first PSi InterCity.

“The inaugural Southampton Intercity was a massive success,” Ross Willis, PSI’s National Tournament Coordinator, told THP before the pandemic broke out. “Considering the franchises were only established in February 2019 we were extremely happy with achieving a total of 17 teams.

“This amounted to 190 participants, 12 Umpires, 10 Staff and over 100 Spectators which really made the experience an explosive one.”

PSI now wants to start more franchises in Manchester, Birmingham and Derbyshire as well as ensuring that Somerset Spartans are in a position to bring teams to the 2020 version of the Intercity. Organisers believe it can double participation numbers for its second tournament in Southampton on October 17. That’s if the sport can return indoors by then.

“As all the regions grow we will be in a position to bring more PSI flare such as more foreign exciting players, more electric atmosphere and ultimately entertain the players even more,” added Willis.

For its national indoor tournament finals in South Africa, PSI saw over 270 teams from across the nation and Namibia and was billed as the biggest in its history. There was also a five-match Test series between South Africa and Ireland, coached by Mike Hughes, franchise owner of the Surrey Crusaders and managed by Gareth Myburgh, North Dublin Knights’ franchise owner.