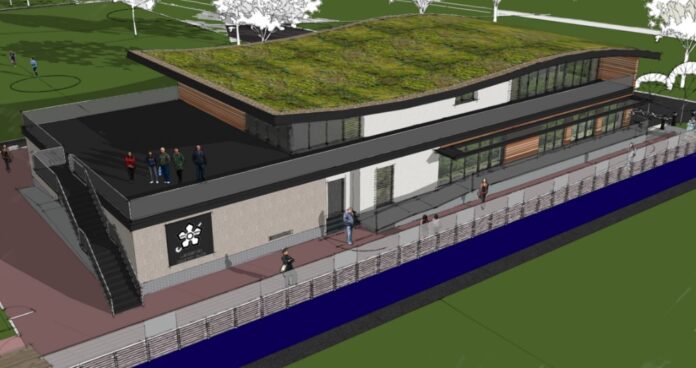 In our Club File series we’ve heard from Gloucester City on momentum after pandemic, Eastcote on insurance issues and Wakefield HC on how the volunteer-run club is coping with life in lockdown.

Spool back to the beginning of March and an exciting picture was emerging at Leicester HC, writes Rod Gilmour.

Last year, a deal was announced which saw huge potential for its future prospects as the local council welcomed hockey back to the city after leasing its St Margaret’s Pastures facility to the 125-year-old club.

In a rebrand they are now called Leicester City HC while the move saw the club takeover the running of the multi-sports facility hub in April 2019 and the ladies’ side set to move back to the city from playing at a local school, a major downside to attracting sponsorship for the domestic game. The club has since secured bar sponsorship with local brewery Everards, on top of a successful whole club shirt sponsorship and coaching deal with De Montfort University that has been running for over four years.

Several months on and Leicester were in sight of promotion back to the Premier Division. Then the pandemic hit as the sport was halted and England Hockey’s reconciliation decision meaning Leicester women would remain a Division One North team, despite being level on points with Swansea at the time.

The crisis has now given the club a different perspective. With the sports facility closed, club dinner and fundraising events cancelled – a successful £30,000 ‘Switch the Pitch’ crowdfunding project was launched to upgrade the surface for elite level hockey – focus turned to the pitch installation.

Planning went in last month and the next step is choosing a contractor. The project is on track and the vision is for the season to start, members welcomed to the new facility with open arms and for the club to create another sporting buzz in the city.

As Leicester pay business rates, the club qualified for a government grant and has also received help from the emergency fund relief from Sport England and Leicester and Rutland Sport – whilst it has had to keep on one member of staff through the crisis with the rest of the staff placed on furlough.

Ahead of the season, if it is able to begin on time, Sarah Treanor, Leicester’s vice president development, says that “every head which isn’t playing is a membership lost.”

Coupled with this, there is the issue of whether the rules would change over fixture fulfilment. With many doctors and keyworkers playing as Leicester members what would be the consequence when a team is short on match day as NHS staff have been called up?

She admitted there is “a lot to take on board” as to how the pandemic will affect clubs, which will ultimately be left on volunteers’ shoulders when it comes to safeguarding. “Will we still love it if there is a lot more paper work and risk assessment forms to fill in to make it safe?” Treanor said.

Keeping current members engaged, as well as finding new members to grace its new venture, will also be a key agenda. “There is a threat of other sports and you might find people like their Saturdays to be free,” added Treanor.

“It is desperate times for a lot of clubs out there and I hope no one has to go under as a result of this, and at the end of the day, we can all still do what we love when this crisis is over.”