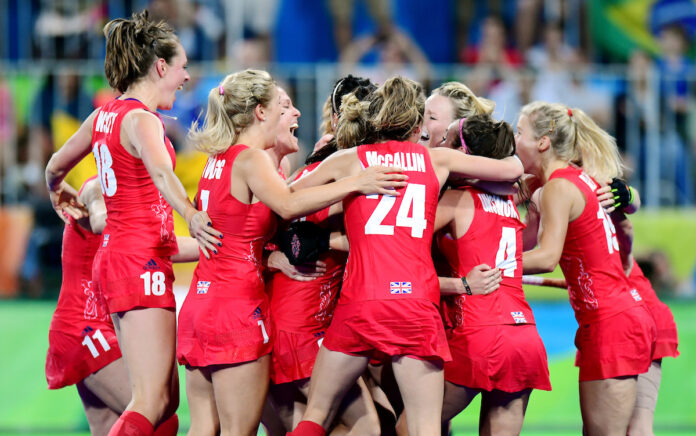 Nearly four years after Team GB women etched themselves into history, the hockey squad’s memorable, stop-the-nation performance has been voted second best British women’s sporting moment of all time in a BBC poll.

Great Britain were voted behind Jess Ennis-Hill’s captivating heptathlon gold at the London 2012 Olympics – which means that the Rio Olympic final win over the Dutch has been regarded as the best female team moment of all time.

The vote was announced on Five Live around the same time, albeit on a Thursday night, as Danny Kerry’s squad twice came back to level the final at 3-3 before Maddie Hinch’s heroics and that now famous leap by Hollie Pearne-Webb as she swept in the final shoot-out to spark wild scenes in millions of households and thousands of pubs across the UK on Friday August 16, 2016, as the match famously moved the BBC News across channels.

Speaking on Five Live, then captain Kate Richardson-Walsh said, like several other team-mates, that she still hadn’t watched that final back.

She said: “It’s so emotional. I’ve replayed every mistake I made that day in my head. Maybe when I’m a bit older we might sit down and watch it with our little girl.”

Hockey was left to contend with the most historical of the entrants, Virginia Wade’s Wimbledon win in 1977, England’s last second win over Australia to clinch Commonwealth netball gold in 2018 and Ennis-Hill. All formidable feats.

Far from being a definitive list, 18 athletes and BBC pundits had nominated one sport before it was opened up to a reader vote.

Ennis-Hill and Team GB completed a one-two for Olympic moments.

Richardson-Walsh added: “The power of the Olympics and the Paralympics – the nation gets completely gripped by it.

“I’m so gutted we haven’t got Tokyo this year because we have such great support in this country. The support completely blew our minds because we had no idea and to hear it now is just amazing.”

The BBC had run comments on its live text, with plenty opting for hockey, including Forever Dormo, who wrote: “Women’s GB Hockey team’s Gold Medal at the Rio Olympic Games was the standout women’s sporting moment. I’d say it was No 1, Kelly Holmes’ double 800/1500m gold in the Athens Olympics is at 2 & the Women’s Cricket World Cup win in 2017 comes in a great 3rd. ALL SOLID GOLD.”