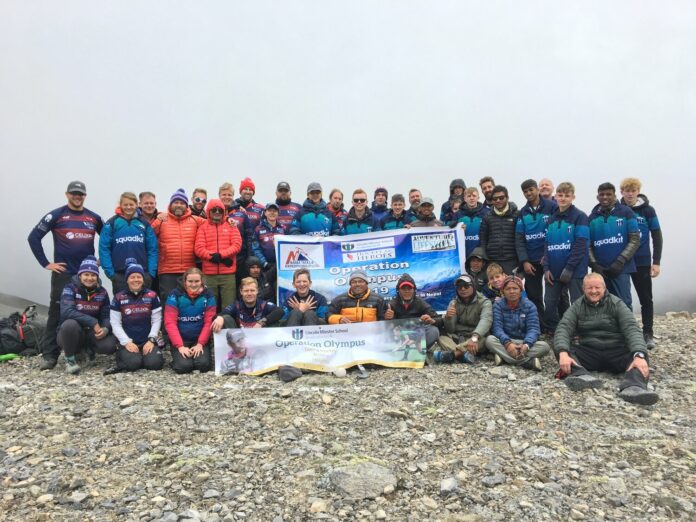 A group from Hockey for Heroes and pupils from Lincoln Minster School have now entered the book of records after a game which took place at 5,019m above sea level in Nepal.

The group trekked for over 40 hours and more than 32 miles in challenging conditions to ascend the Annapurna Pass to its highest point.

Battling landslides, heat and only half their oxygen levels the group pushed on to the highest point located at over 5000 metres above sea level to play a 60-minute game of hockey.

The idea had originated from a collaboration between Tom Eves, of Lincoln Minster School, and Gary Johnson from Hurricane Sports, the latter unable to complete the trip as he was experiencing symptoms of concussion after a fall.

The charity and school partnership also created a hockey legacy in local communities and schools.

They stopped off at several locations throughout the trip to donate hockey equipment and deliver coaching sessions to local community members and schools.

Over 100 community locals from Mutkinath played games and learned tricks from the group, while a visit to the Shree Janahit Secondary School, in Jomsom, provided students with the opportunity to be coached by group members before taking part in an organised tournament. 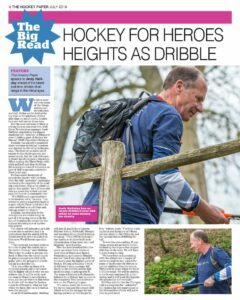 Himal Khadka, Nepal hockey’s vice president, said: “It has taken a group from Great Britain to take hockey to the mountains to show us how our beautiful country may become a centre for success in extreme sports and challenges. It is now our turn to follow their example”

GB men’s team manager, Andy Halliday, who was an ambassador on the record attempt, said: “Battling the altitude and fatigue was a struggle, but I’m very proud to have been part of the group, leaving a legacy for hockey in such a beautiful, vibrant country and reciprocating the fantastic hospitality provided by the Nepalese people.”

Eves said: “An emotional and physically exhausting adventure that changed the lives of Lincoln Minster School pupils, Hockey for Heroes members and 100s of Nepalese people!

“Friendships formed through adversity to create a group with its heart set on leaving a legacy of hockey in Nepal and setting a world record. This is a remarkable achievement that will be difficult to replicate.”

With the media industry affected by advertising, we are continuing to offer our coverage free until we return in print.