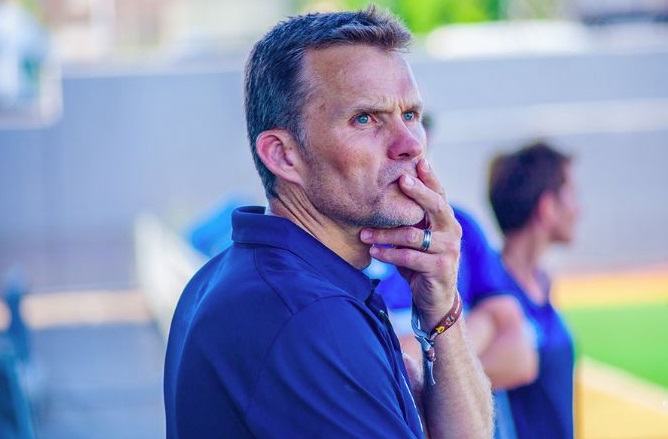 In the first of a new series speaking to clubs, we hear from Gloucester City’s chairman on how hockey can change for the better

With lockdown measures slowly starting to ease across the UK, the topic of agenda for hockey now focuses on when the sport can return on the pitch – and without social distancing measures in place.

Clubs face the prospect of summer leagues across the nation being scrapped altogether. With that comes a hefty slice of income to bolster club coffers.

“My gravest concern is if we can’t run our summer league,” says Gloucester City HC chairman Anton de Leeuw. “It means we start the new season without a cash buffer.

“However with cash reserves I’m not panicking, if anything we could be criticised for not using the cash better and question why we have a cash reserve in a members’ run club. Thank goodness we do.”

— Follow our Club File features on helping clubs during pandemic

De Leeuw, a former South Africa international goalkeeper, took over as chairman two summers ago and has aspirations for the club to hit the 500-member mark.

“That’s quite a challenge in Gloucester without a double astro and clubhouse but the council is very supportive in what we are trying to do,” he said. “But I’d love to get to 500 members, with a shared approach and for this to be deeply seated within the community.”

Despite the club set up, which sees teams use four different pitches in the city, numbers continued to increase before the pandemic, while the club has hopes of running 10 senior teams when hockey resumes.

De Leeuw’s club ethos is built on momentum being the buzzword for success. “It’s a wider sociological thing for me and to effect change you need momentum,” he said.

“The momentum we generated on the back of our club value of belonging, getting the community through the door, getting people involved in summer league … all that has to be rekindled. If we miss the summer league we not only lose out on the community social aspect, we also lose financially.”

Before last season, De Leeuw, an entrepreneur and businessman, spent a large chunk of his time canvassing the local community, talking to volunteers, giving and building up feedback. Much of this momentum is lost.

“We see eye to eye on professionalism,” says De Leeuw. “We have shared many healthy debates on how to improve hockey in Gloucester.

“We struggle against rugby and the local schools. If you play hockey as a boy this tends to be played at private schools and they are often unavailable. If you play as a girl we are successful as there are nine schools in the area, and so there is a great feeder of young girls coming through the system.

As a chairman, the question De Leeuw wrestles with is how hockey can change for the better. And what has the sport learned from the pandemic.

He said: “Without a radical reform of the whole ethos of hockey in the country and without learning from other countries so it moves away from this arguably privileged identity we cannot truly enjoy grass root community involvement and make a difference.

“This questions what the leadership at England Hockey are focussed on, and for me some really difficult commercial conversations need to be happening.”

Meanwhile, the club is currently looking to fill a number of roles for the upcoming season, including a director of performance, as well as ladies’ and men’s 1s coaches.