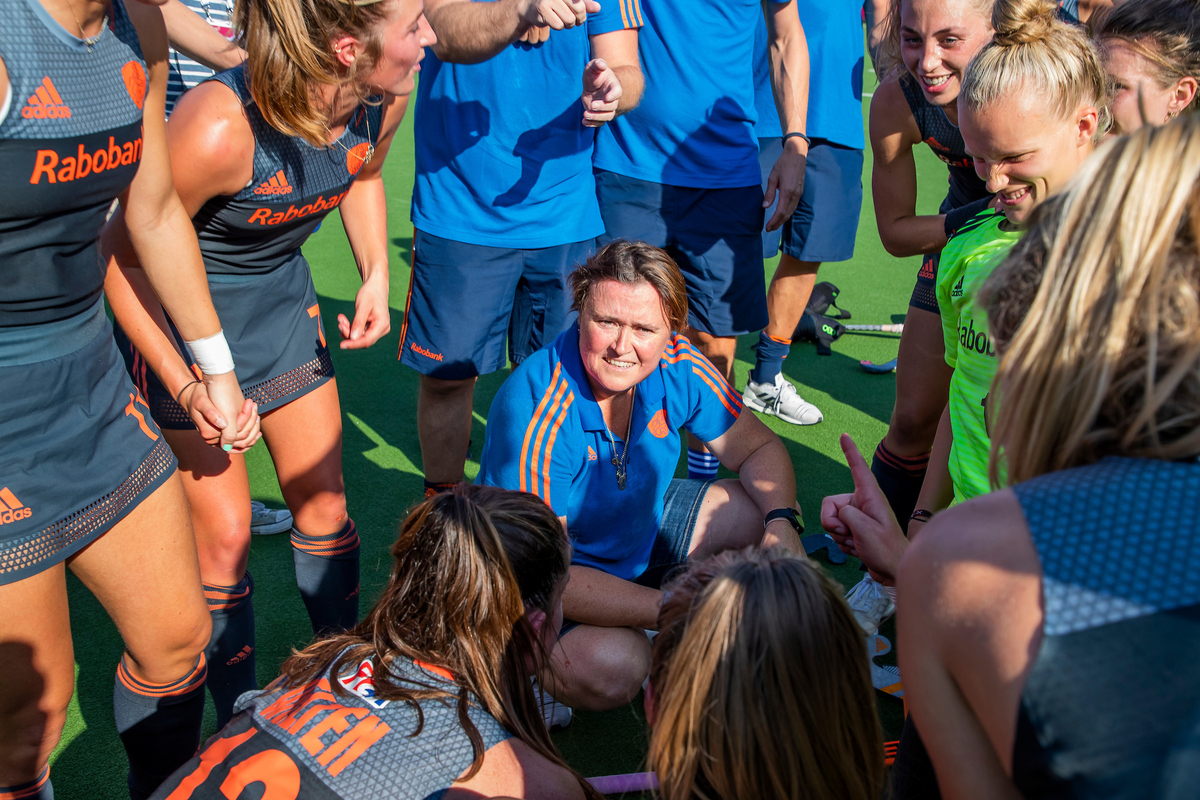 There is big room for improvement in the percentage of women in high performance coaching, leadership roles and umpiring in hockey, according to the president of the European Hockey Federation (EHF).

In a sport where England Hockey reports a 50/50 gender split in participation and nearly all major tournaments run concurrently for men and women, a lot of work is being done to achieve equal male and female representation off the pitch, led by Marijke Fleuren who is also chair of the International Hockey Federation’s (FIH) Women in Sport committee and a member of the International Olympic Committee’s (IOC) Women in Sport commission.

Equality would have been at the forefront of the hockey agenda this April at the EuroHockey League (EHL), the equivalent of football’s Champions League, which has been put ‘on hold’ and will include women’s clubs for the first time. When it does reconvene, the women will play at the same venue as the men, with equal prize money and equal broadcast coverage. This is part of the EHF’s new Gender Balance charter, Equally Amazing, which all of their 43 national associations have signed up to in order to improve gender representation across the board in areas such as leadership roles, umpiring and coaching.

“The participants on the pitch are nearly equal, so it’s not logical that off the pitch the numbers are really different,” said Fleuren. “We are all very sure that the main thing we have to work on is female coaches. Even in Europe it’s awful. At the top level I think the percentages are 90 per cent men and 10 per cent women.”

Kate Porter coaches at two secondary schools in Marlow and for Bucks county. It took her 10 years to get the head coach role she wanted. Along the way she was told her coaching style was too aggressive.

“I did my level three coaching and I saw men on the course walking into these head coach roles, and I thought ‘actually I’m as good as they are, why am I not getting these jobs?’,”said Porter. “It wasn’t until about another five years after that it did dawn on me that it was sexism. I did a lot of reflecting and I realised that because of being female what I say comes across as the wrong thing to say, because women aren’t supposed to shout, so then they come across as aggressive.

“Sometimes male assistant coaches that I was with were assumed to be the lead coach. People would come up and start talking to the male and I would say, ‘Hello, you want to be talking to me’. I’ve had the odd, ‘you alright with that love’, if I’m getting heated about something on the sideline. Or when you’re out in the summer – ‘Oh didn’t know you had nice legs’. That was a bit creepy.”

Porter says she has seen more opportunities opening up for women in the past five years and is keen to spend her time changing the environment rather than whinging. Steph Brennan has come up the ranks more recently. At 26 she is already head of hockey at Royal Russell school and coaches at the Tunbridge Performance Centre. “It’s definitely male dominated but it doesn’t bother me in my coaching,” she said. “I do wonder why it is though and what can be done to solve it.”

Steph is certain that female role models are key. “I had a really inspirational PE teacher who was a female and obviously really sporty. And that has stuck with me as I’ve gone through. For me, in the roles that I have now, the biggest thing that I can do is be a really positive role model for females in their formative years.”

Lucy Moore has been a coach developer for GB hockey for almost 10 years and also works at Sport England, looking into the female coaching situation across all sports. She says the problem is not as simple as people might think: “It’s not just a case of women just not being given the jobs, it’s such a complex issue. Some women do not see those talent environments as something for them and we need to find out why.

“Also, there’s a bit of an assumption that needs to be unpicked that people start coaching grass roots and as they get better they want to start coaching better performers. That isn’t necessarily true. Why can’t they be very good at the level they want to be at and develop horizontally?”

The gender imbalance extends into leadership roles. Across the national associations of the EHF there are six female and 35 male presidents. To try to improve the situation the EHF is a member of the SWinG (Sports Women in Achieving their Goals) initiative to facilitate and support aspiring women sport leaders and has also launched a European Hockey Female Leadership Forum.

In umpiring, Fleuren recognises that “if there is a top women’s team, men are still not eager to umpire, while in the top men’s league, women were dying to umpire”. To try to combat this, the FIH had the first mixed gender umpiring pairing for the New Zealand v Belgium men and women’s games in February.

But the changes take time. When the new EHL women was announced former England captain and Olympic gold-medalist Kate Richardson-Walsh tweeted, “It’s taken 12 years to catch up with the men and finally we can show we’re #equallyamazing”.

Asked why it took so long to have an equal women’s league Fleuren replied, “In 2010 my board tried to include women but it was a hurdle for the women to commit to a three stage tournament as opposed to a one-off tournament. The moment came now as we had to change the format because of the FIH calendar.”

Tom Pedersen-Smith, Development and Education Manager at EHF, says solutions have to be carefully designed to be country specific. “One of the key things for us is being aware of the cultural and historical differences bespoke to each region and each nation. They all have individual differences as to why there is an imbalance at certain levels. It’s not just female gender balance, in some regions and some nations there are also gaps to fill in terms of boys playing hockey or boys coaching hockey.”

Help support our journalism in lockdown. Find out how!