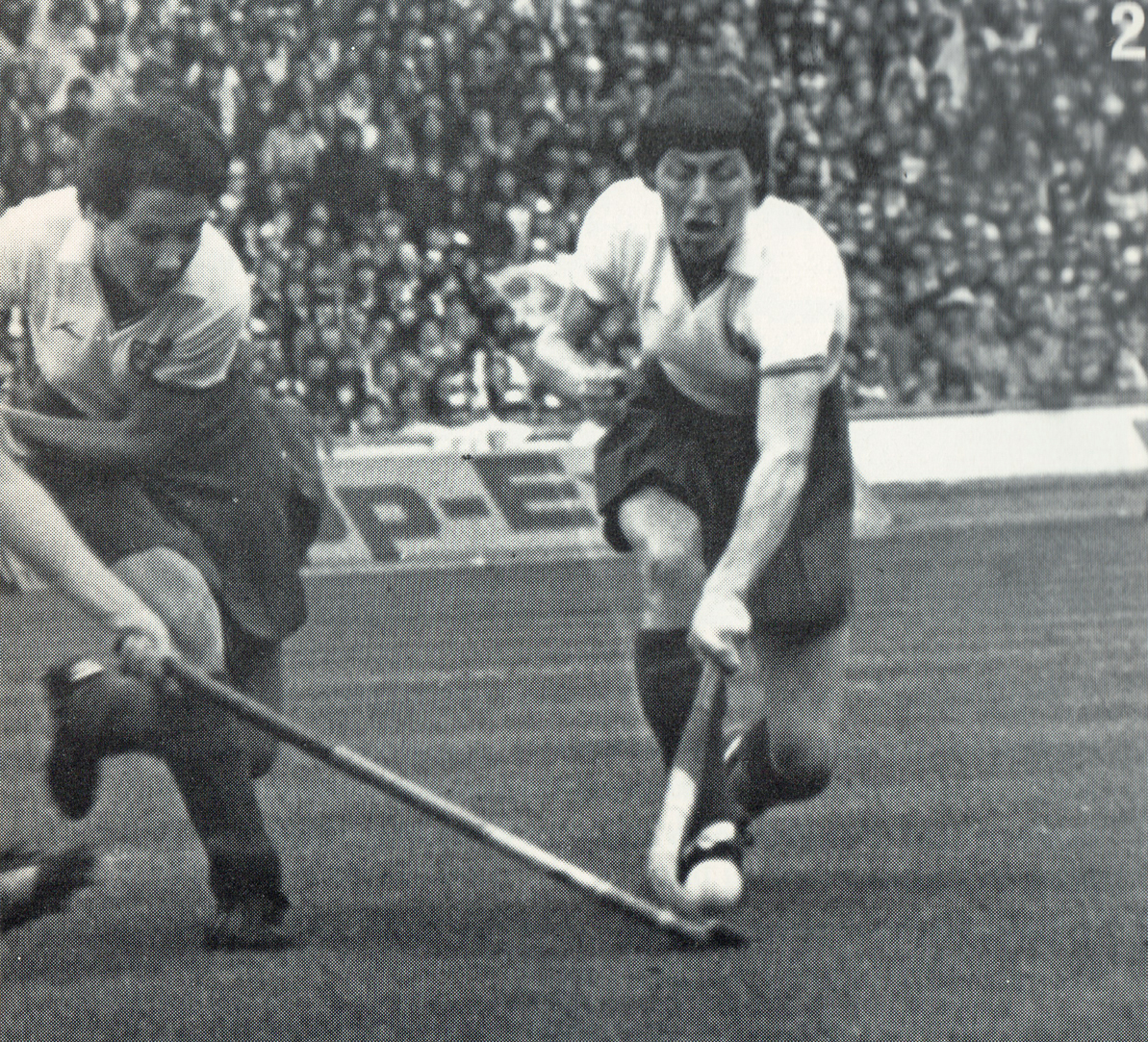 If Stanley Shoveller, the only Englishman to win two Olympic gold medals, is regarded as the greatest English male hockey player there is little doubt that Valerie Robinson OBE (nee Walsh) deserves the accolade of the finest English female performer.

She was the first woman to earn 100 caps and went on to make 149 England and 21 GB appearances, scoring 38 and eight goals respectively, over more than 20 years from 1963. In that era international matches were much less frequent than in the modern era.

She could have earned well over 400 caps if her career had been 30 years later. An even more remarkable achievement was to have played in 19 of the annual Wembley international matches, the first her international debut in 1963 (v Wales who won 1-0) and then missing only one between 1966 and 1984.

She also appeared in five World Championships, then held every four years, in that time. Her versatility was shown by playing in four of the forward positions employed in those days.

Born in 1941 Walsh first played hockey aged 14 at Accrington Girls High School and became the first working-class girl to be capped by England in 1963. The high point of her international career was winning a World Championship with England in 1975 but, due to GB Hockey’s boycott, she missed the chance to play in the inaugural women’s hockey tournament at the Moscow Olympics.

She continued to play at top domestic club level for Blackburn & Great Harwood into the 1990s, including in the first national league 1989/90 season.

A naturally gifted athlete, she was rarely injured which accounted for her lengthy career.

She was frequently the target of ‘rough treatment’ in an attempt to slow her down but she managed to ride most tackles and, despite being bloodied and bruised on many occasions, she never retaliated.

In her teenage years she played football for Accrington Ladies and, when that team folded in 1959, she joined nearby Preston Ladies where she was voted joint Player of the Year in the 1962 season shortly before giving up football to concentrate on hockey.

Preston’s manager Keith Latham recalled Matt Busby watching one of their matches at Blackpool and remarking to his fellow spectators that Val was the best (female) player he had seen in his life and, if she had been a man, he would have signed her up there and then for Manchester United.

We’ve created a #THMTimeCapsule pack for families to complete during lockdown. Complete the fun activities so that your children can reflect back on this surreal time when they are older https://t.co/vtAph92hN5 #HomeLearning #HockeyFamily @BubbleScruff @EnglandHockey @FIH_Hockey pic.twitter.com/ITVnz7Ojlu

She also showed her sporting versatility by twice winning the BBC Superstars competition in her late thirties (in 1979 and 1981).

In the first she won five of the six events and triumphed in the second despite not having eaten for three days, suffering from poisoning after exposure to an industrial explosion.

She reckoned that winning the two sprint events extended her playing career by five years.