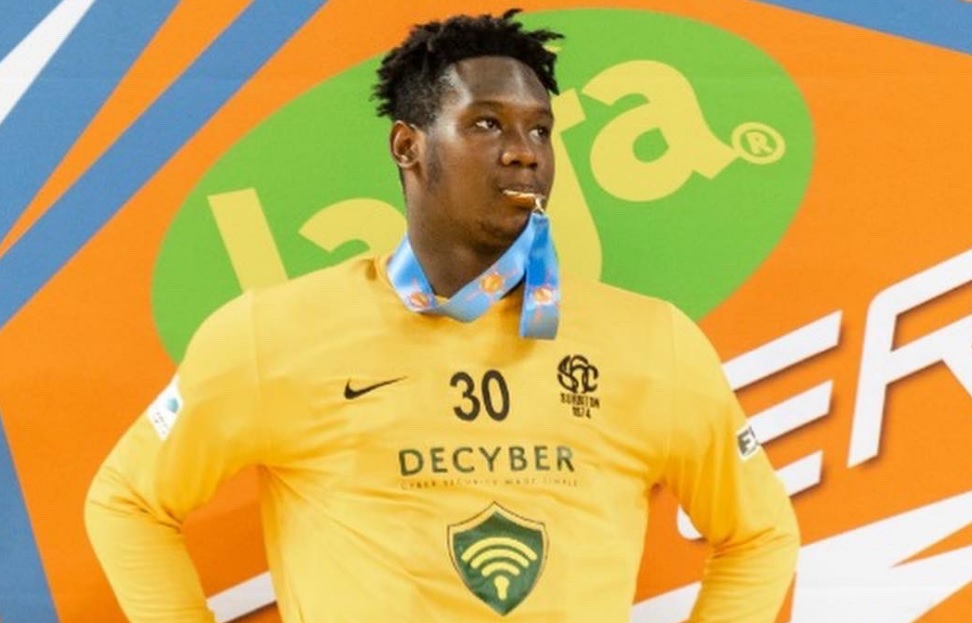 One of the few black players in English elite hockey has praised the recently-launched Hockey Inner City (HIC) project for including more minority players.

Ore Ogunlana, 22, was one of the standouts as Surbiton men won the Jaffa Super 6s finals at the Copper Box this year.

South Londoner Ogunlana grew up with Rhys Smith, who runs HIC, and says the initiative is “amazing”.

The goalkeeper said: “He’s always made sure that everyone can be included. Hockey Inner City, there is nothing else like it and it’s exactly what we need in the sport. A lot of the most talented players out there can’t afford to play the sport and without this initiative they would not be playing hockey.”

Ogunlana has known Smith since they were nine and the first day of sports induction at Whitgift School.

“The little videos he’s putting up on social media and now the kids who are playing at Immanuel School in Streatham [Smith’s former junior school] are better than some of the Year 6’s at Whitgift. Mr Stagno won’t like that! But for Rhys to give them the opportunity to play, the time on the pitch and with sticks is just great.”

Ogunlana was one of three goalkeepers in Surbiton’s 14-strong squad at the Copper Box as coach Mark Pearn’s indoor pedigree saw his side earn a second title in four years thanks to a 3-2 win over Holcombe.

“Three goalkeepers from the outside might look quite weird but from the inside we all get on really well,” addd Ogunlana. “It’s really competitive and the foundation is that we’re all mates and we are pushing each other. With three keepers, you need to work harder and harder.”

“Everyone is communicating. Jonny [Gall, captain] is talking more than me. It’s experience more than anything and most of the time you don’t need to talk and you know where your men are. It all clicked.”

Ogunlana, a former East Grinstead player, has represented England at under-18 level as well as England in the 4 Nations. He attended Durham University and now works as a finance recuiter for Page Personnel in London.

“Surbiton is my boyhood club and I decided to move back and give Harry [Gibson] a run for his money. Jack [Tranter] turned up at the first session and I thought ‘Here we go!’, but team cohesion wise it’s been brilliant.”

For more on Rhys Smith’s initiative go to www.hockeyinnercity.co.uk