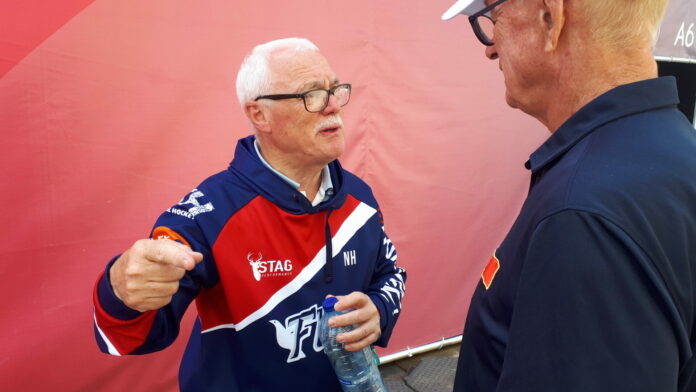 Norman Hughes, the 1984 Olympian and 1992 GB Olympic coach, is one of the key figures behind the ParaHockey movement.

As the sport makes strides, so he wants more Asian nations to start competing in events before the sport can lay claim to becoming a Paralympic sport.

Hughes, the FIH ParaHockey’s sports director, said: “Our first part of the strategy is to broaden the base. Until we have 24 nations it’s pointless knocking on the IPC [International Paralympic Committee] door.”

This number is needed across three continents and ParaHockey has been working for the last two years to introduce the sport into Malaysia, Pakistan, Chile, Argentina, Western Australia and New Zealand.

Currently the sport is accessed in four continents: Pan Am, Asia, Europe and Oceania. Now, there are currently 18 nations playing, with the FIH aiming to get full recognition with the Special Olympics, with the global games in Berlin upcoming in 2023. ParaHockey harbours ambition of being a demonstration sport at those Games.

In 2021, the Special Olympics Asia Pacific has invited the sport to be part of the Jakarta regional games, while Hughes said the Euro ParaHockey event – which last year had a major title sponsor in Belgian company Cronos – was used to inspire nations to start up the sport.

He added: “The hockey is great and they take it just as seriously as any top player would. But the most important part is to see how they grow in social skills, confidence and self esteem working in a team.”

Share
Facebook
Twitter
WhatsApp
Linkedin
Print
Previous article Will hockey finally be a safer game for the players?
Next articleClub file: How is coronavirus affecting your hockey club?