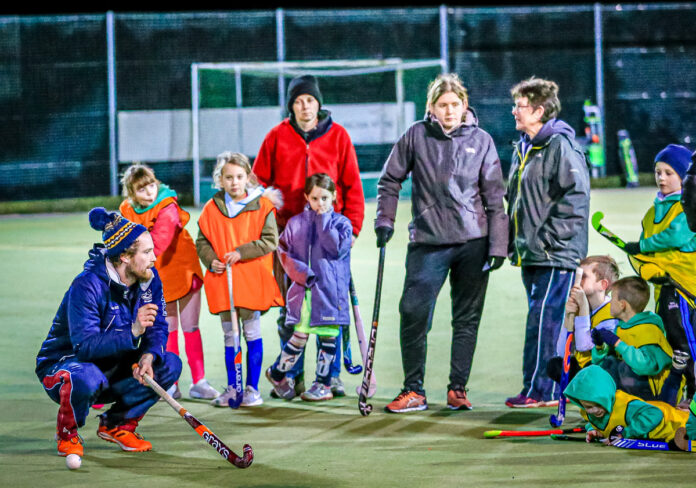 Louth HC is like many small clubs across the country – a long history, a thriving membership of players of all ages, a small dedicated band of volunteers who keep it running on a shoestring, and like many clubs of its size, it is facing a battle to survive because of a lack of financial support for a desperately-needed new pitch.

The club, which shares a community Astroturf pitch with football, has been around since 1955 and has a growing membership of players, aged 5 to 70. They regularly have up to 60 juniors training each week and run four senior teams each weekend. Over 80 of their 150 plus membership are under 18 – a section which has grown over the last two years.

Louth has been battling for nearly two years to ensure the 22-year surface is replaced with Astroturf, which can be used by all the community, and not a 3G pitch which is only suitable for football. No one is arguing that a 3G isn’t needed. In fact the local authority, East Lindsey District Council, has recognised this and ring-fenced funding for both projects. However, outside money is still needed to make the new Astroturf a reality.

Louth has pledged £10,000 of its own funds towards the project and has agreed, in principle, to take out a £50,000 interest free loan from the Council. In addition, the club has been exploring as many fundraising avenues as possible – donations, sponsored events and social nights have all helped. An application to the National Hockey Foundation has been made but it is unclear if they will support the bid.

Chairperson, Lesley Ward, said: “Without a new pitch the club would have little option but to fold. Although we aren’t the only group or sport that uses this vital facility, we are determined to make a new pitch a reality. This shows the level of determination at the club to make sure it has a future. We have been fighting for nearly two years to secure support and funding for the pitch.”

“Each week we have around 60 junior members, aged 5 -13, training and playing with us, and up to 50 senior players involved in league hockey every Saturday. Without a new pitch all this would cease – there is no alternative pitch we could use.”

Louth has worked hard to secure funding locally and nationally. Its efforts have brought some success. So far it has raised £6,300 from events and donations. However, more money is needed, as the project is expected to cost approximately £200,000.

Mrs Ward continued: “East Lindsey District Council has ring fenced £300,000 to go towards providing a replacement Astroturf and a new 3G football pitch, with £110,000 being earmarked for our pitch. However, this sum is dependent on the club securing outside funding.”

For Louth hockey players the loss of the pitch is unthinkable. The next nearest facility is 15 miles away and heavily used by another hockey club. There is nowhere else to go.

Each week around 150 players, aged 5 to 70, use the pitch two nights a week and on Saturdays. There are monthly-hosted junior tournaments, school hockey days and popular summer camps. The rest of the week the pitch is heavily used for football training and five-a-side leagues.

Although many of the hockey players come from Louth, many more travel in from outlying villages as the town has the only pitch in what is a very rural area. Having nowhere to train or play would undoubtedly spell the end of Louth Hockey Club, but more importantly the end of hockey for dozens of youngsters and adults alike.

Ward said she was confident that hockey will continue on the London Road site for the benefit of not only those playing at the moment, but more importantly for future generations to enjoy this wonderful sport.

Keep up to date with all the latest 3G in hockey news in print or digital
Is your club under threat from 3G? Contact us at newsdesk@thehockeypaper.couk