TikTok hails Sam Ward’s creativity as nation gets on board 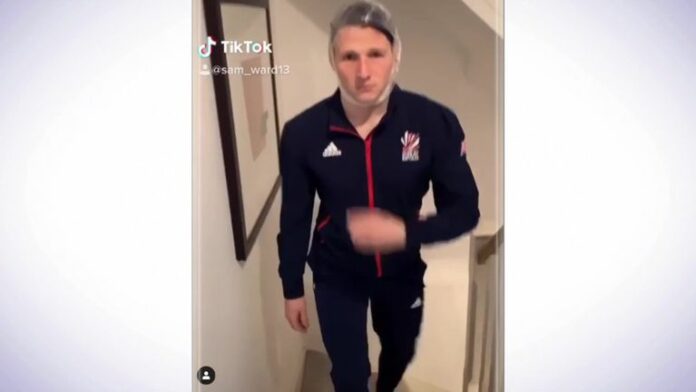 Social media giant TikTok has hailed the exploits of the #IsolationGames, inspired by Sam Ward‘s brilliant and unrehearsed take on Olympic sports.

Ward, 29, has been at the forefront of sporting lockdown since being forced into isolation thanks to his hilarious near daily Olympic event-by-event videos which have been a runaway viral success.

From skeleton to sailing and everything in between, Ward originally planned to do a few videos as a bit of fun before his videos began to resonate across the globe.

Ward recently teamed up with Team GB, TikTok and the British Red Cross and Thursday brought to a close the successful campaign – #IsolationGames – with money raised going towards food and medicine, supporting refugees and asylum seekers as well as those working for the NHS.

The #IsolationGames saw other athletes join the fray, including gymnast Max Whitlock, as they invited the nation to take on Team GB athletes by recreating the summer of sport in their own homes as creatively as possible.

The campaign saw 446m hashtag views, 270k videos published, 200m views, 1m shares and over 23m likes. GQ Magazine included the campaign in their ‘10 coolest things to do from home’.

George Nikolaou, European Community Manager, TikTok, said: “We’ve been thrilled to see the community response on TikTok to the #IsolationGames challenge, with users continuing to impress us with their creative and unique take on the sporting theme.”

Ward added: “It’s been amazing how many people have got behind the #IsolationGames. It’s for a fantastic cause and hopefully we helped support the British Red Cross at this time. I’d like to say thanks to everyone who got involved and those who also donated.”