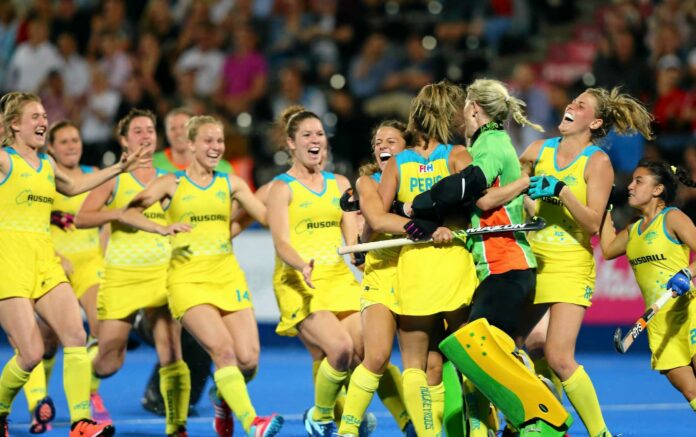 Rachael Lynch, the FIH women’s world goalkeeper of the year, is in full-time work outside hockey – as a nurse fighting the global pandemic – for the first time since her university days.

With the Olympics postponed until 2021 and having registered as a nurse at two coronavirus clinics in Perth, Lynch, 33, is now urging her fellow Australians to take the crisis responsibly.

“You see in the community that people aren’t taking it seriously … anybody in hospital for any reason, they’re now put at risk,” she told the Australian Associated Press.

“We had a guy walk into our ward the other day looking for the COVID-19 clinic, saying he wanted to get tested.

“We were like ‘get out, get off the ward, are you kidding!? There’s signs everywhere’ … the lack of common sense was remarkable.”

Lynch, Australia’s most-capped keeper, had already been working part-time in her role outside hockey before the crisis set in, combining her dual role alongside Australia’s Tokyo preparations.

Now, that has been put on the back burner.

“Most of the advice in the sporting world is to not make any big decisions now,” she added to AAP.

“I’ve reflected on the thoughts, words and emotions you might use to describe an Olympics being postponed.

“None of them are relevant now. You can’t say – devastated, disappointed or sad – because it just does not compare to what’s actually happening in the world right now.”