I don’t do this for the ego, says committed Sutton Coldfield volunteer 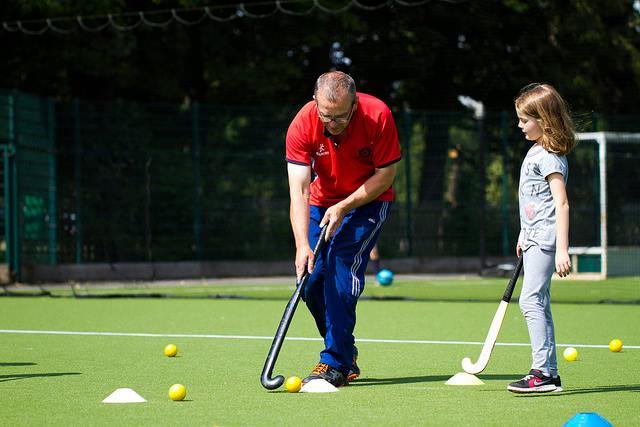 Sutton Coldfield Ladies may have endured another season away from the top flight in the outdoor game, but its junior section continues to offer a glimpse into a bright future for the Midlands club.

The home of Olympian Jane Sixsmith, Sutton Coldfield scooped the club of the year title in 2019 at the region’s sports awards, a year which also saw the club merge its adult and junior sections.

Now entwined into one club – there are around 700 adults, including 200 junior members – it means better revenue and funding options, with Sutton Coldfield also looking to have its own home for the first time, complete with a potential three-pitch facility, thanks to the local council opening up new land.

“What we want to do is become a robust, sustainable club,” said men’s chair Peter Westbrook.

Robust is one word to describe its junior section. In 2019 the under-12 girls won back-to-back Warwickshire Championships without conceding a goal. And this follows the previous  year’s under-10’s success in winning a brace of local youth Championships.

Coldfield had entered two teams in the age category, with both sides qualifying for the final, a Championship first. The two budding outfits scored a combined 25 goals, without conceding, while Sutton 1 beat Sutton 2 by a 3-0 scoreline in the county final.

Perhaps all this girls’ success has propelled a visionary change for this season when the club reverted from wearing its red and blue colours to pink shirts and blue skort or shorts, and pink socks, across all mens’ and ladies’ teams.

Or perhaps its success is down to the club’s hardy volunteers and coaches. Step forward Dave O’Brien, who works as a Royal Mail postman alongside his tireless hockey work.

“I’ve always looked at Beeston in our local area as a club we should be aiming to be,” O’Brien, pictured above, says confidently. “If we want the Ladies to be back in the National League then we have to be regularly reaching national finals. You’ve just got to pick yourself and go and work hard. That’s how you get results.”

Speaking with a Sutton Coldfield official will usually entail a Sixsmith anecdote – and O’Brien is no different.

His involves a routine training session, when the former Great Britain forward asked O’Brien – by no means a hockey specialist but who has a deep passion for reading other coaching cultures such as Dutch football and All Blacks rugby – for his opinion on certain Sutton Coldfield players.

“You’re Jane Sixsmith, and you’re asking me?” countered a surprised O’Brien, who then asked her why she had sought a response. “She said that anyone who has a passion she always asked, even though she may not agree,” recalls O’Brien. “Really, you couldn’t meet a more humble, genuine person.”

It was Sixsmith who encouraged O’Brien to branch out as a volunteer coach on his own, first at a nearby school, Oasis Academy Short Heath in Birmingham, and now this year to another school close to his home.

He may not actively seek public attention, but as the season closes – where he has influenced more kids to take up sport – let’s give him some anyway.

O’Brien, who describes himself as a ‘committed, passionate’ volunteer, used to be a level 2 cricket coach, but two bad experiences at local clubs thrust him into the world of hockey.

He starts work well before dawn, six days a week at Royal Mail. With early finishes, it means he can return home for a swift change of clothes before focusing on his volunteering club work, which stretches beyond the call of duty.

On Tuesday’s, it’s coaching at a local school, followed by junior training in the evening. Wednesday sees training with the men, Friday’s 6-7pm with junior girls, while Saturday likely starts with a 3.10am trip to work, back for lunch and then to oversee a match and video a men’s side. Sunday is morning training, then 1-4pm at Rugby School assisting with Warwickshire’s under-13 county girls. An evening Sunday roast follows. Oh, and Monday? That’s set aside for yoga.

The double workload can be tiring, but not when O’Brien sees kids far from downtrodden when it is raining or a cold front sets in.

“I don’t do this for the ego,” he added. He simply does it for the passion. And the junior section is seemingly responding in kind.

This article has been adapted after first appearing in print in 2019. Jane Sixsmith will be on Question of Sport on March 27 at 7.30pm