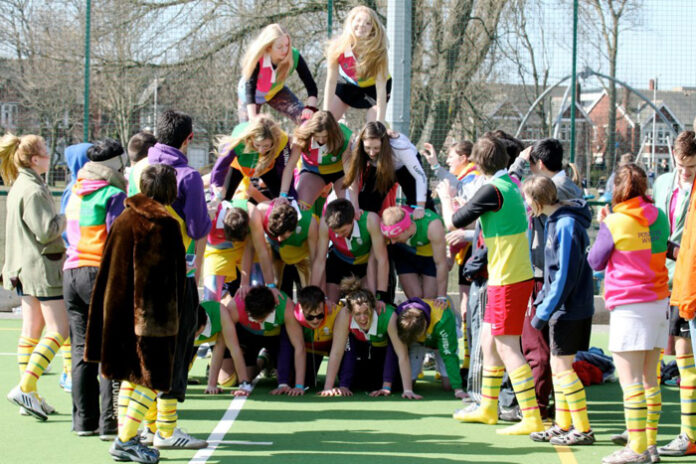 Hockey festival supporters fear that Blackpool could lose its last pitch unless funding can be found to stop a second 3G surface being installed for football use.

Stanley Park, voted the best park in England last year, is down to its last hockey astro after a grant was given to the Football Foundation to resurface an adjacent pitch as a 3G last year – which is becoming an increasing problem in Britain.

The venue hosts the historic Blackpool Easter Hockey Festival, which has been run since 1952. The highly popular festival was to go ahead as planned this year, with any pitch uprooting mooted for after next Easter, if at all. But in line with government advice over the coronavirus outbreak, organisers were sadly forced to cancel the 2020 event.

Organisers continue to press council suits to keep hockey provision and admitted they “lack the support” of England Hockey.

Dave Gee, a concerned Blackpool resident, hockey coach and developer, said: “The feeling in hockey in the north west and Fylde area is that England Hockey need to be forward-thinking rather than looking at the here and now.

“If they were prepared to put funding into schools and community coaching around the Stanley Park area then, as in other areas, there would be an uptake from children and adults alike coming into the sport.

“If this pitch is turned into a 3G then community hockey in Blackpool would be effectively over.”

Other local players have questioned why football can only be played on 3G and without a multipurpose surface it discriminates against other sports.

The Hockey Paper understands that Blackpool council are in support of the need to keep a hockey pitch in the area, while George Robson, president of the Blackpool Festival since 1993, has had positive replies from both Conservative and Labour leaders.

Currently, the remaining pitch in Stanley Park is the very last municipal hockey facility for the public to use in Blackpool council.

Festival organisers say that the popular event brings in a third to half a million pounds to the resort’s economy every Easter, with teams coming from as far as Germany to experience sport and the city’s entertainment. And so the 2020 cancellation is a further blow.

Robson said: “We are very proud of the festival and have hundreds of people coming every year.”

Hockey player Angela Duffy told this paper: “Last year, for the first time in as long as I can remember, we were disappointed to find that we were only able to use one of the pitches as one had been converted to 3G. That one lay empty all weekend. I just don’t understand why an astro can’t remain for hockey and other sports.”

England Hockey has a strategy for facilities which aims to ensure that every hockey club in England has access to appropriate and sustainable facilities that provide excellent experiences for players. This is obviously a huge, long-term ambition given the challenges we face in terms of the rise of 3G surfaces, the relatively few asset owning hockey clubs (10%) and the limited resources EH has available in comparison to football.

To deliver against the strategy the facilities team at England Hockey works in partnership with Sport England, the Football Association (and other NGBs) and local authorities. The main mechanic for doing this is local Playing Pitch Strategies. EH contributes to these with two thirds of local authorities with up to date strategies and most of the remainder expected to be renewed soon. These identify current and future pitch needs for sports and guide local strategy. These have been instrumental in protecting hockey provision and supporting the development or replacement of pitches.

In almost all circumstances pitches need to be justified by enough hockey use and the dynamics in and around Blackpool have changed significantly in recent years. The rise of other clubs close by with recently improved facilities such as Fylde and Garstang and with Lytham St Annes in the local vicinity, there is significant competition. With the demise of Blackpool HC it has been very hard for EH to be able to justify the continued provision of Stanley Park, with the Blackpool Festival the only significant remaining hockey activity for one weekend a year.

This article was updated to reflect the 2020 cancellation and featured in a previous Hockey Paper edition. Don’t miss out. Subscribe in print or in digital format.