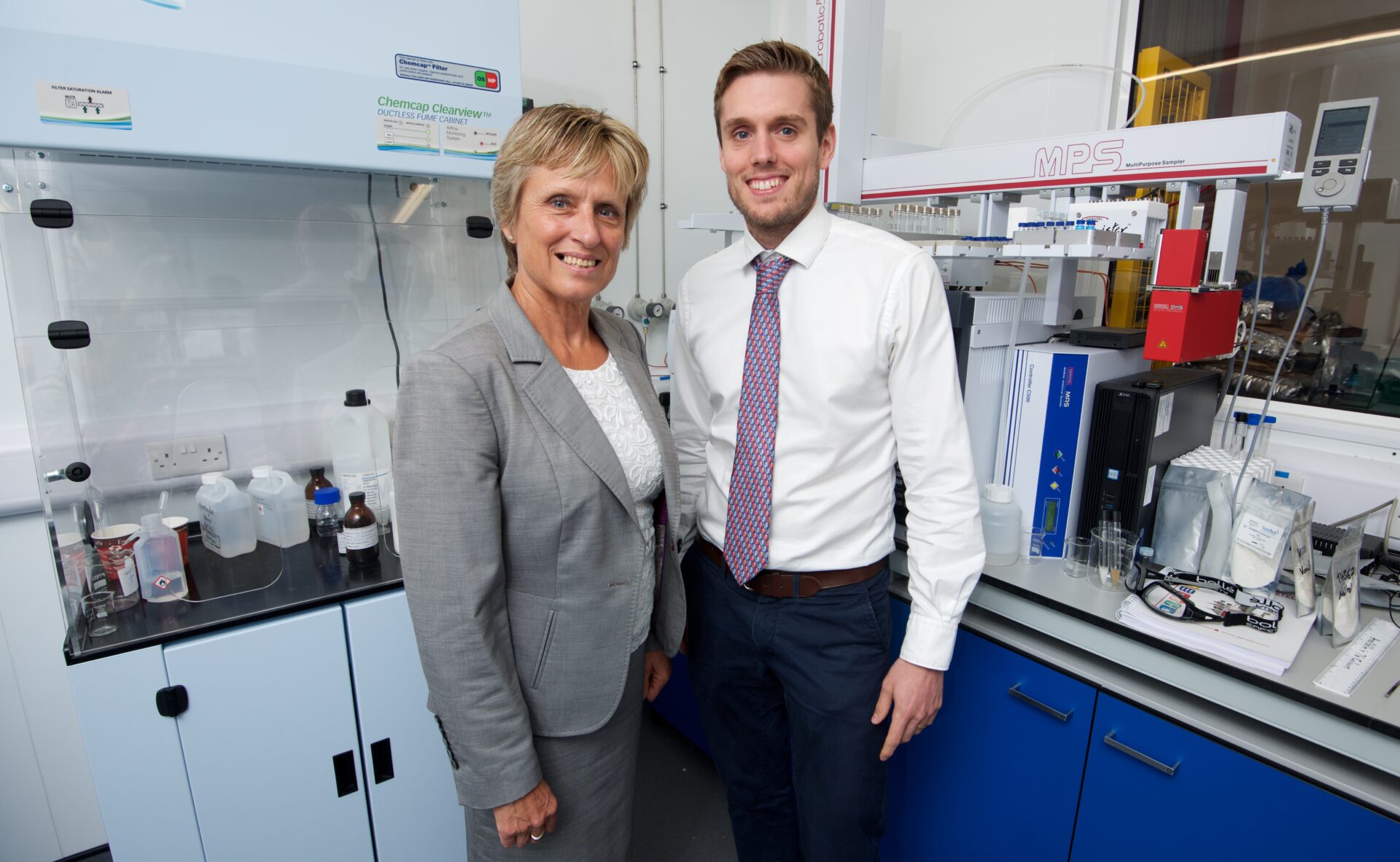 Thirty seasons ago Clifton Ladies HC made their entrance into the newly-formed Typhoo National League by the skin of their teeth. It took goal difference and winning their last two matches to cement the title and promotion from the SunLife West Premier League into England Hockey’s new era.

Who knows how things may have panned out? Would the intervening decades have been as steep as negotiating some of the tricky inclines which make up the colourful city of Bristol? One things for sure, Clifton have since made staying in the top flight their own – all bar one season in 2006/07 – and in the face of playing superstars instead of attracting them.

At the helm is chair Janis Sinton, who has overseen a successful merger between Robinsons HC, as the club became Clifton Robinsons in last 2016. With membership now over 600, the move has been a positive one, but with that comes the need to run the club as a professional operation in a strictly amateur sport.

Sinton, 64, is also the managing director of TasteTech, a specialist manufacturer of controlled release flavourings and ingredients. In 2012 she was handed a Natwest national businesswoman award after growing the company since its inception from her garage 26 years ago.

The Sintons built a pilot plant at their home to make prototype samples and they never looked back. When her husband, Roger, died suddenly in 2007, instead of selling the business, she made it extremely profitable. Twelve years ago, the company turned over £2 million with 20 staff. Now, the company is at 60 staff and hoping to turnover £7m this year, exporting 50 per cent of what they produce to over 40 countries.

“It’s been an interesting journey and I guess with my experience at the business I am able to take that to the club,” she says. “I see the two roles in parallel but they are two completely different beasts. Here, I am paying people to do a job and at the hockey club you are dealing with willing volunteers and trying to get them involved.” 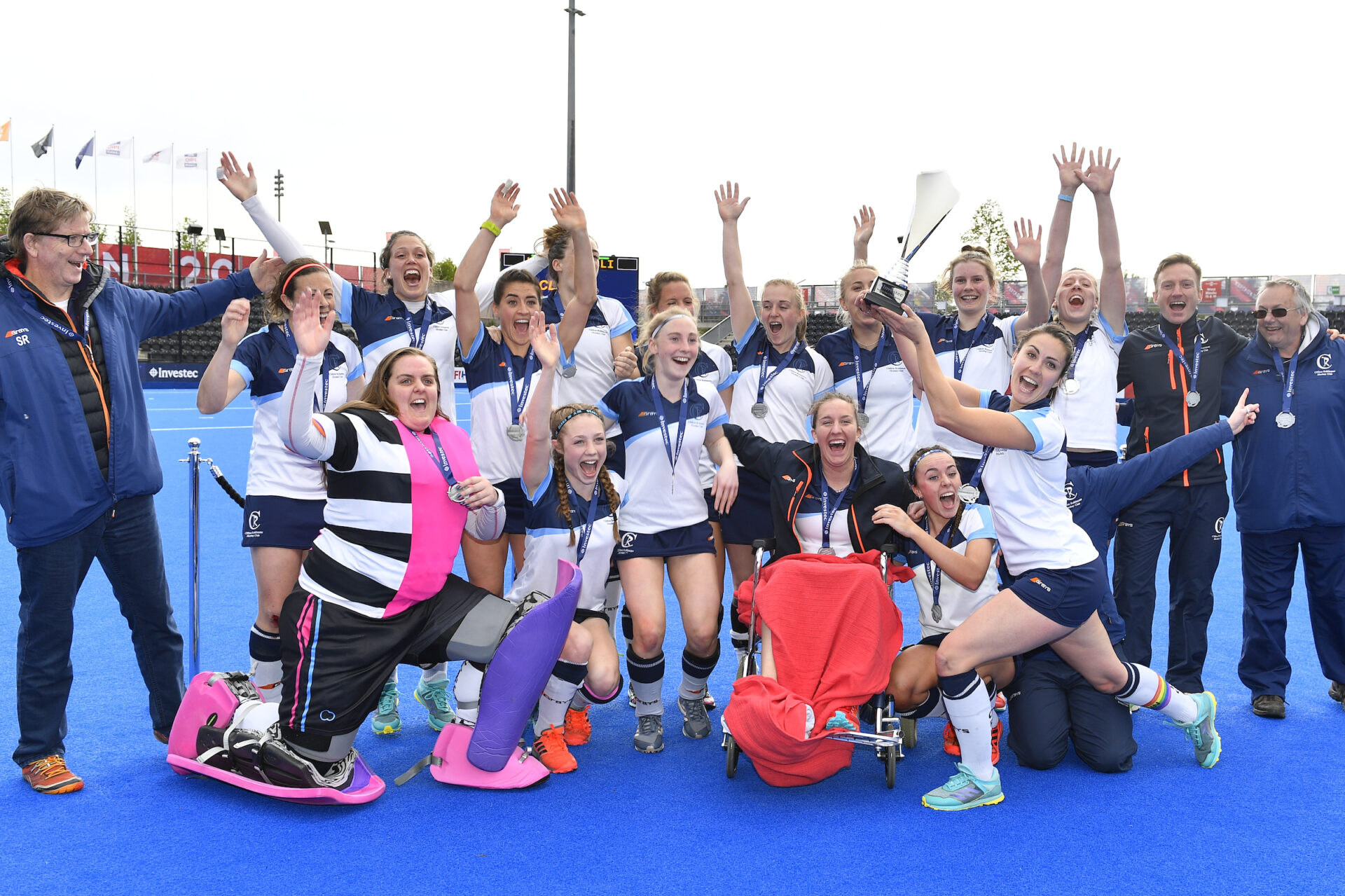 Sinton has worked on a team to run the joint hockey committee, building sub committees, including a junior section, which forms half of the club. As other clubs will testify, then comes admin support, coaches for age groups, safeguarding, umpiring and keeping up the social side. No easy task.

The club has also been working hard on marketing and communications, an area where many top clubs fall well below par. “I am frustrated at how poor we have been,” she adds. As such, the club has found two volunteers to tackle the problem, for both internal and external comms.

Bristol as a whole suffers from lack of pitch time and facilities (the club plays at Coombe Dingle, a local sports facility, while their clubhouse is nowhere near the hockey pitches). And in a bid to find the right structure, the club appointed a director of performance coaching this season, with Steve Rixon, the former ladies coach, taking the role.

Sinton, whose daughter Liz played for the club for nearly 15 years, says: “Steve is responsible for the 1s and 2s across men and women coaching, but also responsible for our juniors, the stars of the future, get the right coaching as they improve through the club.”

She says there has been a disconnect with the governing body in the past, which has been bettered after attaining ‘big club’ status. “I can imagine that some clubs don’t have any links with England Hockey as they are so far apart, with little support. England Hockey have an inspiration to double participation from 140,000 to 280,000. But if you haven’t got the facilities it is very challenging.”

And for a club with Premier Division status, Sinton admits the club still struggles. “We play on five pitches and don’t have a home. We have a waiting list for kids and all our umpiring is done by about four people. It’s challenging and we have to make the best of things.”

Clifton Robinson’s dream is to have a clubhouse, a venue to call ‘home’, and are working on future land plans within the city. It would be testament to their rise in recent years when they broke into the top four in 2013/14 to reach the play-offs.

“The ladies 1s pay their own way and they get a little bit sponsorship,” says Sinton, “but we have a great club atmosphere. When Alex [Danson] came to the club she loved being part of it and the merger has made it stronger.

“We don’t attract the superstars and set out last season that we would be quite weak but we have been competing for a play-off place [as well as winning the league Cup]. We just have a team which works for each other.”

This originally featured in our Hockey Paper print edition. Don’t miss out. Subscribe in print or in digital format.

Rod Gilmour - December 3, 2020 0
Australian hockey has become embroiled in controversy months out from the Tokyo Olympics after the Hockeyroos' squad selection for 2021 saw two...