Former Bowdon Hightown players rallied round their former club after the last remaining northern side was relegated from hockey’s top flight.

In the 30th anniversary season of the women’s national league being formed, Bowdon had spent every year in the women’s Premier Division. But their historic stay ended on Saturday when relegation-threatened University of Birmingham secured a vital 2-0 away victory.

Current Hampstead & Westminster co-coach Kate Richardson-Walsh said she was “devastated” for the club.

“As a proud ex Hightown player they gave me the best foundation in hockey and life. So many brilliant people at the club, I know they’ll be back doing the North-West proud,” she wrote on Twitter.

This is incredibly sad 😔 @BowdonHC have an incredible history, have produced a number of international players through their junior ranks & club structure. For me this is a blow to hockey in the north & is another step closer to creating a premier league centred around the M25 https://t.co/FMlQWrQYNH

Former player Holly Hunt also willed the club to be back in the top flight.

She said: “Incredibly proud to have been part of this great club and very sad to see them leave the top league after so long. Disappointed face Hopefully it won’t be long before we see them back again.”

Bowdon’s relegation had been hampered by a three-point deduction for fielding an ineligible player. And not even their indoor form could spark an outdoor revival as Tina Cullen’s side found the going tough.

They came up against a Birmingham side which had secured back-to-back victories the previous weekend, Phil Gooderham’s outfit continuing their roll with penalty corner goals from Rosie Henderson and Lauren Hunt in added on time.

It has left an exciting run-in to see who can stave off finishing in ninth place and facing a relegation play-off between the loser of the Division One North and South match. Five clubs are still in the fight for survival, with two games remaining. 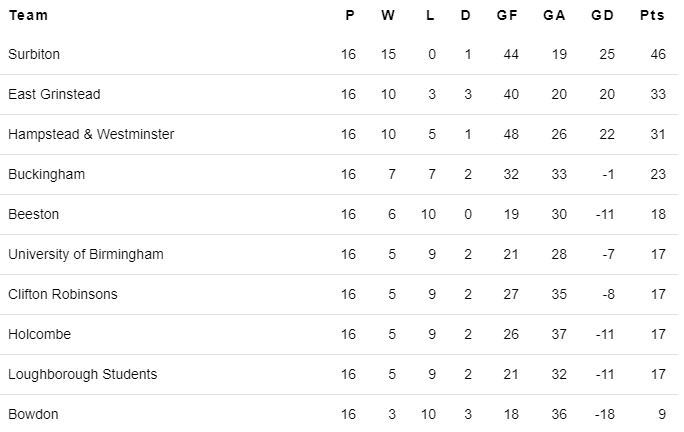 We will be addressing coverage of English hockey’s domestic game in our next issue. If you have any thoughts or views you would like to air, please email us at newsdesk@thehockeypaper.co.uk

Don’t miss out on your Hockey Paper. Subscribe in print or in digital format.