Home Features North Carolina hockey ‘has best facilities in the US’

USA’s opposition teams for the 2020 FIH Pro League will experience one of the best facilities anywhere in world hockey after North Carolina was chosen as host venue for this year’s global league.

USA are playing their home games at the Karen Shelton Stadium, which opened in 2018 at a cost of $15.2 million. It will accomodate around 1,000 fans, has a huge videoboard, a European-soccer inspired benches and a three-level press box.

This is the luxury afforded to most collegiate field hockey teams, but North Carolina’s stadium – home to the college’s Tar Heels team – are feeling the effects more than most, and USA will be playing on a field which has seen North Carolina romp to successive NCAA Championship titles and nearly 50 matches unbeaten in two seasons.

“It’s unlike any facility in the nation,” goalkeeper Megan Ragusa tells The Hockey Paper. “We go to all these stadiums across the country which have been acclaimed as the best and then we come home and it doesn’t even compare to what we’ve got. 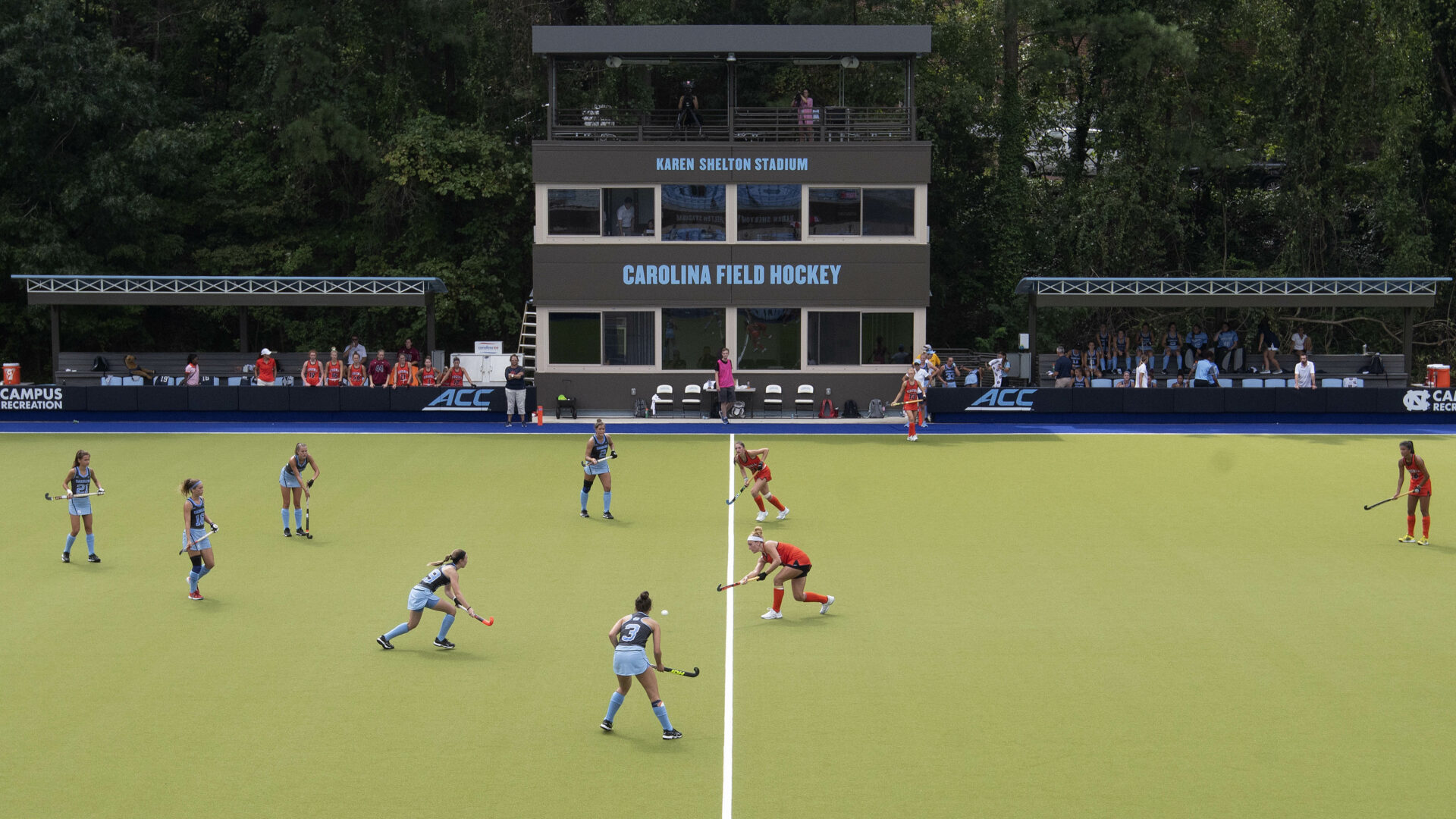 “They have thought of everything we could possibly need, it helps immensely and it has definitely helped to where we’ve got to.”

At the helm of the University side is Karen Shelton, with the stadium becoming the first college playing facility to be named in honour of a woman. And rightly so, as this August when the season resumes will be Shelton’s 40th year in charge.

Taking over as coach in 1981, she has led UNC to eight national titles, 22 Atlantic Coast Conference Championships, 37 winning seasons and carries a record of W 692 D 164 L 9.

“She is incredibly tough and expects a lot from us, but she will always be our biggest supporters,” says Ragusa, who is majoring in nutrition. “She is the first person all of us turn to for a letter of recommendation when we apply for jobs and internships.

Want a peek inside our new team building at Karen Shelton Stadium? 👀
We'd be happy to give you a tour! ⤵️ 😍#GoHeels #Cribs pic.twitter.com/IkjvaqbZX9

“She will always tell you if you are doing something wrong or need to get better but it’s never said in a way to be too done on yourself. She wants the best for you and you can tell in the way she coaches.

“You hear stories about her in high school when you’re looking at colleges and everyone knows Karen Shelton. She is that big of a figure in the hockey community.”

With scholarships for the non-American students firmly on the rise, North Carolina team has several European players in its ranks. “We don’t necessarily change our game but since they came over we have been able to learn from them as we essentially play different types of game,” Ragusa adds. “But it has made for a wonderful mix of styles, which Carolina uses to her our advantage and why we have been so good.” 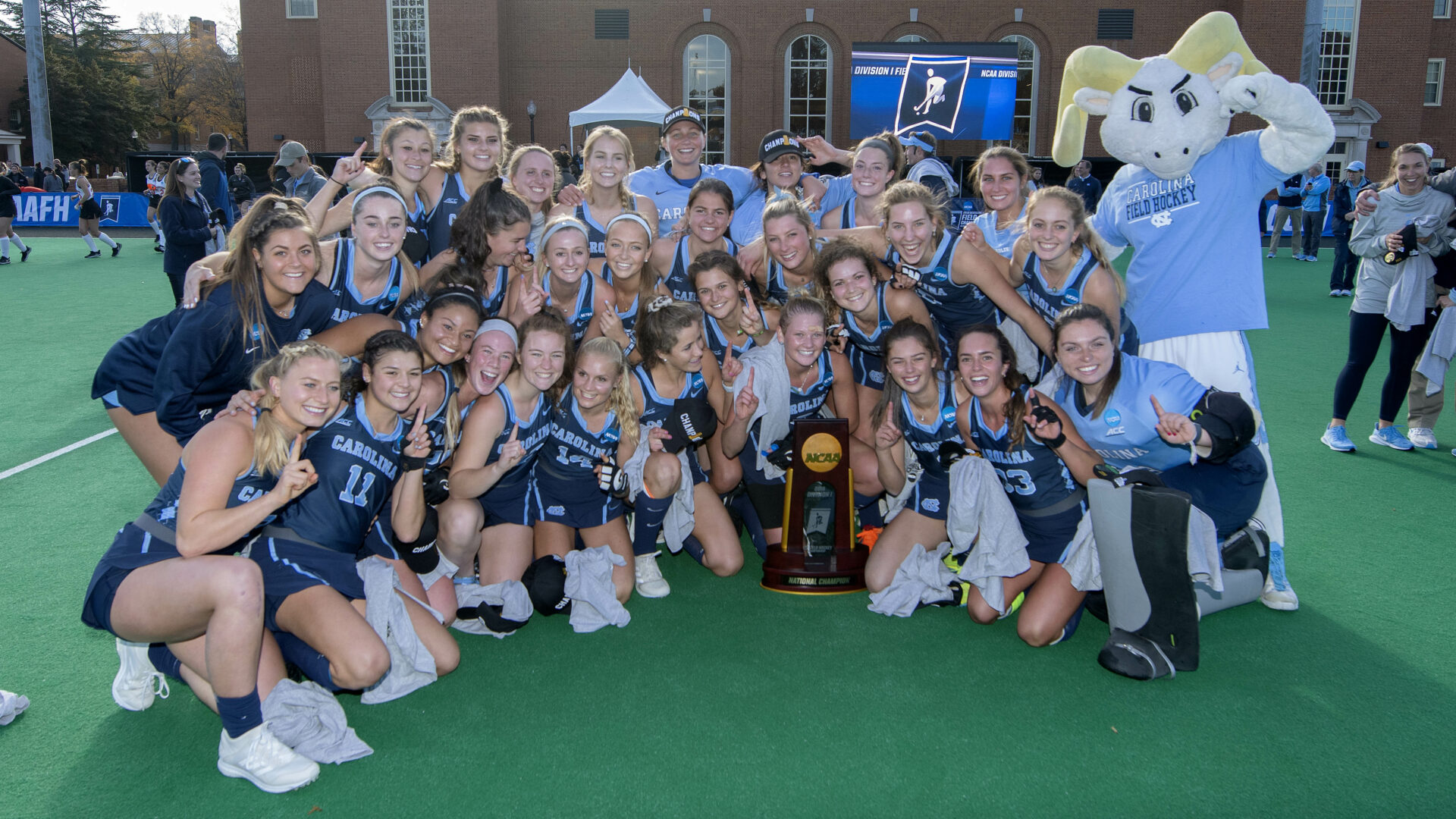 Their team includes Hannah Griggs, a former Hockey Writer’s Club youth award winner, and Stef Weber, who travelled over from Surbiton this year, while Ragusa admits that her time in England three years ago helped raise her game.

“My game changed once I came back from Surbiton [where she was a volunteer coach and player]. I’d never really had any hockey training before I went over. To go over and practice seven days a week was unbelievable. It was so early on in my career and I was thrown in and the reason why it helped me so much, especially playing against men which we don’t have in the US.”

Our college season is intense

Out of season we will practice for days per week while our season starts from August to November. We’re with the team six out of seven days with one off day. We have two games every weekend and travelling all over the country, but mainly on the East Coast. It’s a huge commitment and super demanding and the main thing is time management being college students. We knew what we signed up for but we wouldn’t change it for anything.