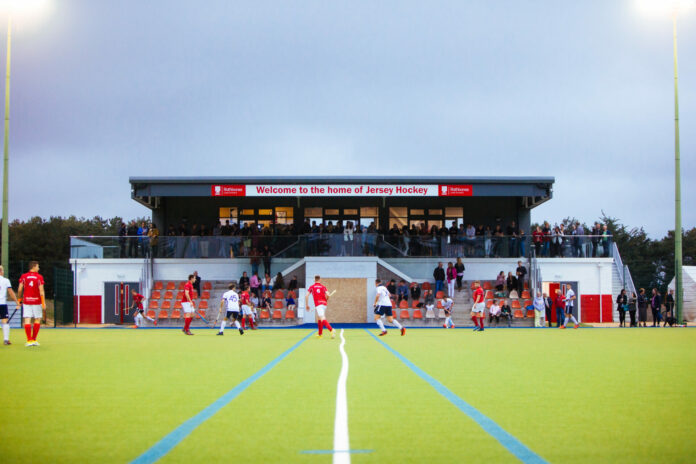 The opening Jersey Hockey’s clubhouse this season will help secure the future of the sport, as well as being a driver in more travelling sides visiting the island.

That was the view of island hockey chiefs after a near five-year ambition to build the two-storey facility at Les Quennevais to the tune of nearly £1 million, 95 per cent of which has been raised by club members.

Hockey officials first announced plans in early 2014 and set about fundraising for the hundreds of thousands of pounds needed to fund a project which would see all eight of the island’s hockey clubs, including men and women, and 450 members use the facility.

At the beginning of the season, Jersey-born Beckie Middleton was accompanied by husband Barry and Giselle Ansley to open the clubhouse, which has been built onto the back of existing seating and features changing rooms and a large balcony overlooking the playing surface.

Sarah Heelis, Jersey Hockey’s administrator, said: “A ‘home for hockey’ is something the sport has been lacking for many years and it will play a huge role in the future of our sport in Jersey. “It will surely add to the number of visitors coming to the island to enjoy the sport.”

Hockey has been part of island life for the last 120 years. Not even the War could prevent the island’s women’s players from applying to keep on playing on Thursday nights during the Occupation.

In the 1900s, the island also started receiving touring sides and this new facility will certainly appeal for today’s club sides to continue that trend.

The club has been well supported by investment management firm Rathbones since 2015, with a fresh deal recently inked until 2022. 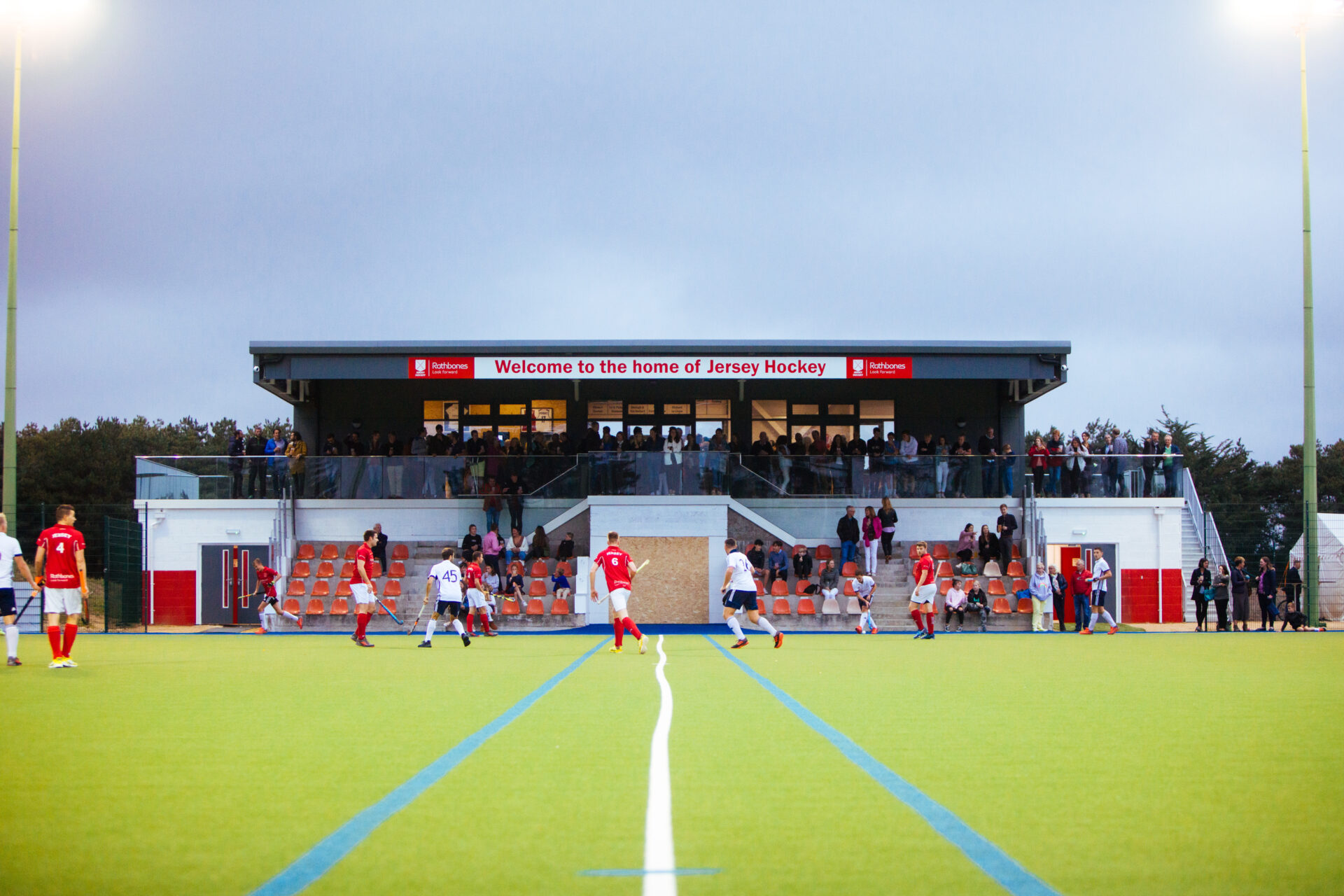 Paul Masterton, Jersey Hockey’s chairman, told ITV News: “What we’ve done here has really helped secure the future of a great sport – hockey in the island. We’ve got great traditions in the sport, but this is all about looking forward, securing the sport, getting lots and lots of capacity for our juniors that are coming through now and just beginning their careers.”

Natacha Kay, ladies captain, added: “I think it’s really going to bring in the crowds and also it’s going to be a driver, I think, for more hockey players to be willing to come and try hockey.”