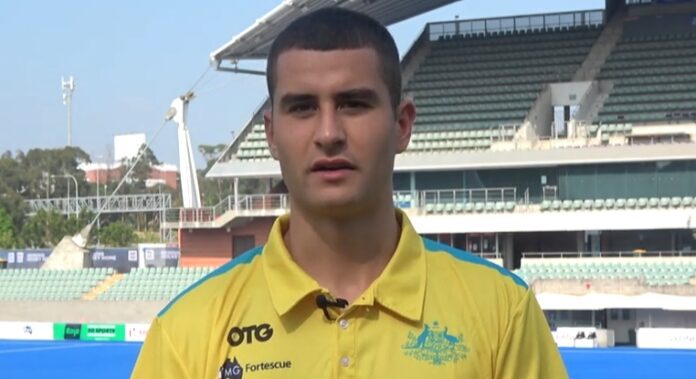 Debutant Nathan Ephraums has the star appeal to succeed with the Kookaburras, according to coach Colin Batch.

Ephraums, 20, will make his senior international debut, while midfielder Jake Whetton is set to make his 200th appearance for the Kookaburras, against Great Britain in the FIH Pro League this weekend in Sydney.

Ephraums was named under-21 player of the tournament at the 2017 Sultan of Johor Cup and has impressed since being called up to the national programme in November, as well as performing well in the Hockey One.

“He’s got a little bit of an x-factor about him,” said Batch. “He will bring some energy to the group. First games can go one of two ways – they can be really nervous and not play so well, but I’m sure Nathan will embrace the opportunity, play his natural game and play well for us.” 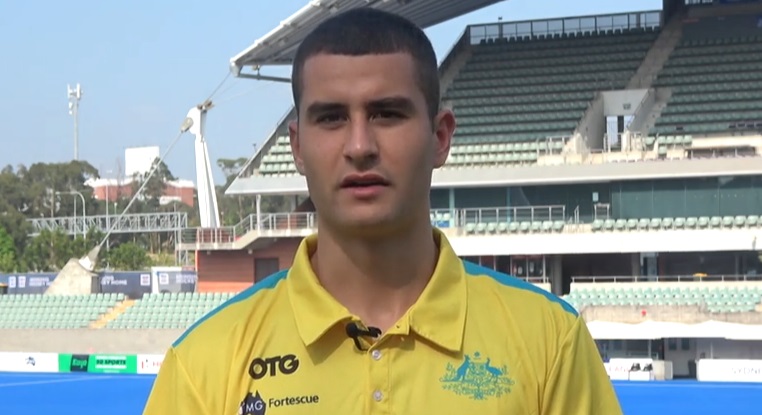 Ephraums, pictured above, said that pulling on the green and gold had always been a dream, as he looked up to the likes of Eddie Ockenden.

He said: “Seeing my name in the striker line for tomorrow’s game was really exciting, it’s something I’ve looked forward to for a long time, so getting to make my debut will be really special.

“There will be some nerves but I think that’s only natural. I know the guys will get around me and once I have my first few touches of the game I’m confident I’ll settle in pretty well.”

“This really has been a childhood dream. I used to look up to guys like Eddie Ockenden, so to run out with them will be really special.”

Australia will be looking to overturn below par performances against world champions Belgium last weekend.

Batch added: “Great Britain were one of the teams that beat us last year. They played really well against us in London and they have some great attacking players and their defence is very solid, so we’ve got to find opportunities up front and defend well. We will certainly be looking for an improvement.”

Meanwhile, the Hockeyroos enter their back-to-back FIH Pro League matches against GB in Sydney with a string of positive recent results over the reigning Olympic champions, and it’s a record they are eager to extend.

The Hockeyroos have won five of the past six meetings with Great Britain, that solitary loss coming at the last Olympics as GB went on to win the gold medal.

After the Hockeyroos earned three points against Belgium to open their FIH Pro League campaign last weekend, Head Coach Paul Gaudoin has included Greta Hayes and defender Sophie Taylor to the team to face a Great Britain side who has spent the past week in Australia acclimatising to the warm and humid conditions they can expect at Sydney Olympic Park.

“For Greta, she had a tough time last year with some injuries, so we’re looking forward to seeing her run around tomorrow in front of her home crowd,” said Gaudoin.

“Great Britain are a very good team and I rate them very highly. We had two wins over them last year in the Pro League but they were very tight games.”