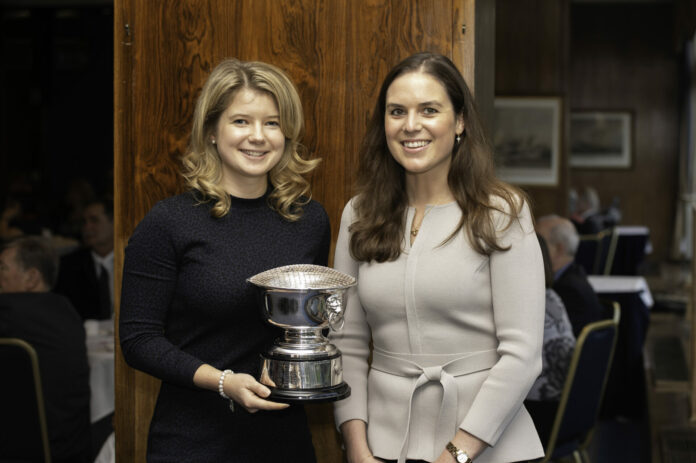 Have there been two more popular winners? Sophie Bray and Sam Ward have been voted UK hockey players of the year for 2019 by members of the Hockey Writers’ Club (HWC) following Wednesday’s awards lunch in London.

Bray was honoured as the Investec women’s player of the year award for the first time, after she previously won the HWC junior award in 2007, while Ward wins the men’s senior award for the second time in three years.

Both winners are firsts for their clubs. Bray is the first female player from East Grinstead to receive the award and no Old Georgians player had previously won the men’s award.

Bray said: “It means an awful lot when you look at the past winners. It’s something I’m incredibly proud of. I didn’t expect to be nominated, let alone win the award.

“I wouldn’t have won this award without my EG team-mates. I have an incredible team behind me. The midfield is one of the best there is and they would argue I would score a few more goals but they create a lot of chances for me.

Bray, 29, has been in blistering club form since her international retirement in early 2019.

The forward scored four goals in the 2019 Jaffa Super 6s women’s final as East Grinstead won their second title in four years. She was also joint top scorer with 18 goals as East Grinstead made it through to the end of season League Finals at Lee Valley. 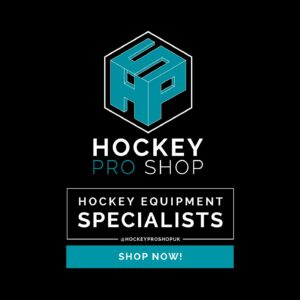 At the West Sussex club, she is regarded as an instrumental role model due to her coaching work with East Grinstead juniors.

Her coach, Mary Booth, said: “She commands respect from us all and has brought her high standards of performance and behaviours to our club. Her determination, knowledge and passion enable those around her to improve their own performance.”

Bray’s Investec player of the year award means that a Rio Olympian has now won the women’s category for the 16th time spanning the last 17 years, underlining the depth of talent and experience in that gold medal-winning squad.

Bray was voted ahead of her former GB team-mates Hannah Martin, in second, and Lily Owsley and Anna Toman, who were tied third.

Meanwhile Ward told of his “utter shock” following a challenging year, as he claimed his second men’s award after winning in 2017.

Ward scored eight goals for GB in the inaugural FIH Pro League, as well as helping Old Georgians secure promotion to the men’s Premier Division for the first time in the club’s history.

This season, he had scored seven goals in four games before being picked for GB’s Olympic qualifiers against Malaysia.

The GB forward is currently recovering from a career-threatening injury sustained in November against Malaysia after he suffered a crushed retina and facial fractures after being struck in the face by a team-mate’s shot.

Ward had scored twice to help GB secure Tokyo 2020 qualification and the hockey fraternity rallied in support of the 28-year-old following his surgery and positive outlook on social media.

Our men's senior player of the year award goes to @Samuel_Ward13. pic.twitter.com/JYFGiCzH23

Ward, who was unable to attend the awards with GB coach Paul Revington receiving on his behalf, said: “I was in utter shock when I was told I had won it. It was a challenging year and so to have this award is pretty amazing on the back end of everything that has happened, with a broken thumb and then a head injury at the end of the year.

“When you look at it overall with Old Georgians being promoted to the Premier Division and how we started this season and then, on top of that, to realise a dream of playing an Olympic Games and to do it in such fashion in the Malaysia games.”

On his injury, he said: “It’s perspective and overall whether I come back or not, I am very proud of my career. There are bigger things in life and, if anything, I find it so humbling with the support I’ve got.”

Ward was voted winner ahead of Zach Wallace, who has been in fine form so early in his international career, and David Ames, who had a standout year for England and GB.

The Hockey Paper will have a full feature in our next print issue, including the four junior award winners. Subscribe now!