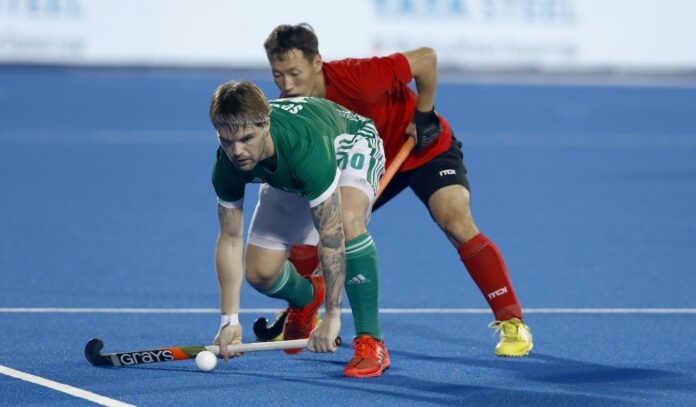 Along with English assistant coach and Olympian Jason Lee, Tumilty was appointed to the senior men’s role last month, after Alexander Cox’s decision to quit the Ireland job following relegation from the top tier of European hockey.

“The first thing was to try and turn the squad morale around which hasn’t been a massive challenge”, Tumilty said in Vancouver ahead of Ireland’s two clashes with Canada this weekend.

“We were very open. We reflected on that with the group. It was their feedback.

“Then we moved it forward from there. I think as well the fact that we’ve brought guys in to play in their own positions has increased that and improved that morale.

“We hope we’ve got over that. We’ll soon see on Saturday if we’ve gotten over it, but I believe we have. I believe there’s a focus there. We’ve moved on.”

Tumilty came to the Ireland role after being head coach at Banbridge for nine years, while Lee has been involved in several Olympics as a coach and player.

Tumilty said: “It’s a special shirt to wear. I think all the players recognise that.

“As I say, the opportunity to represent your country at the highest level of sport – the Olympic Games – is something that there shouldn’t need to be a lot of motivation [for]. I shouldn’t have to say too much in the changing room before the game.”