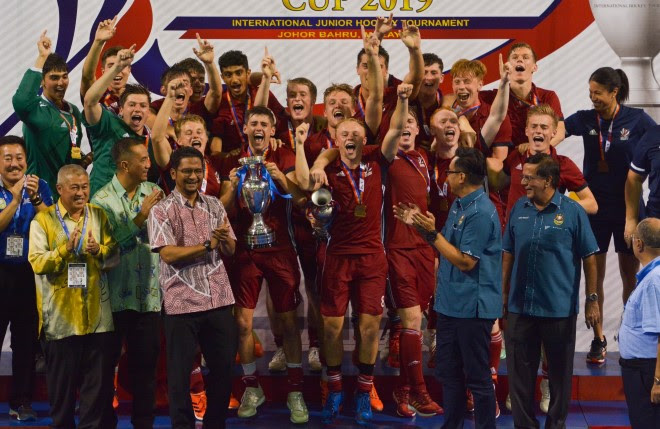 A decisive goal from Stuart Rushmere moments from the final hooter sparked wild, jubilant scenes as Great Britain defended their Sultan of Johor Cup title and became the first side to win the prestigious under-21 hockey event.

Great Britain, who have made great strides under coach Jon Bleby, beat India 2-1 with Rushmere, who plays for Loughborough Students, proving the standout in the final thanks to his brace of goals.

But James Mazarelo and Oliver Payne were brilliant in the GB goal, as they were throughout the tournament, while Tim Nurse looked assured at the back.

It meant that India, despite their array of PCs, found it hard to make inroads, but they took the lead when Gursahibijt Singh struck home.

Rushmere forced the ball home for the equaliser and with the game heading to a shoot-out, GB had four attempts on goal in a final fling as Rushmere thrashed home with seconds remaining.

The Hockey Paper will review GB’s win in our next print issue.