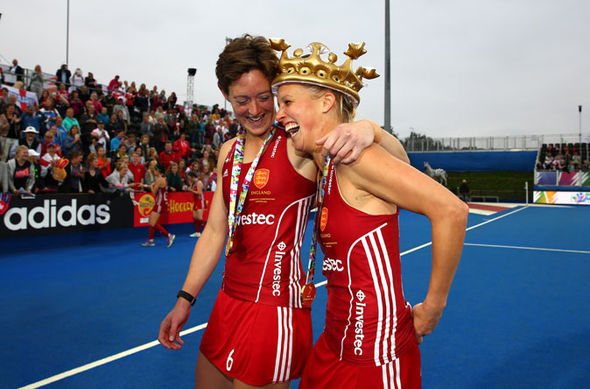 It was revealed this week that culture secretary Nicky Morgan had written to TV rights holders in a bid to make major women’s sporting events on an equal footing alongside men’s competitions – and not behind pay subscriptions.

“I truly believe you cannot be what you cannot see,” Danson told the Emma Barnett show on BBC 5 Live.

As a child Danson “didn’t see anything else apart from tennis as female sports stars.”

She added: “Our hockey is fantastically supported, often by BT sport and then by BBC red button and the viewing figures are huge.

“Now if we can get women’s sport on free to watch TV then it will make our young girls see it, will keep us healthier and more active.

“Half our country is female so let’s make what we see equal to all.”

Danson also revealed an update on her recovery from a traumatic brain injury last year as the 34-year-old bids to make it back to the field after months away from the game, a period she has described as ‘soul-destroying at times’.

“Yes I miss terribly being with the team and it’s what I want to get back to and what I’d like to do,” she said.

“I am incredibly lucky. Every medical practitioner I have spoken to says I will get there. The only thing they can’t tell you, which is frustrating, is when.

“Of course there is a time limit and the Tokyo Olympics won’t be moved so it’s in the back of my mind.

“But I know that I will do everything I can to give me the best opportunity to return to play. The way to get there is to go day by day.”