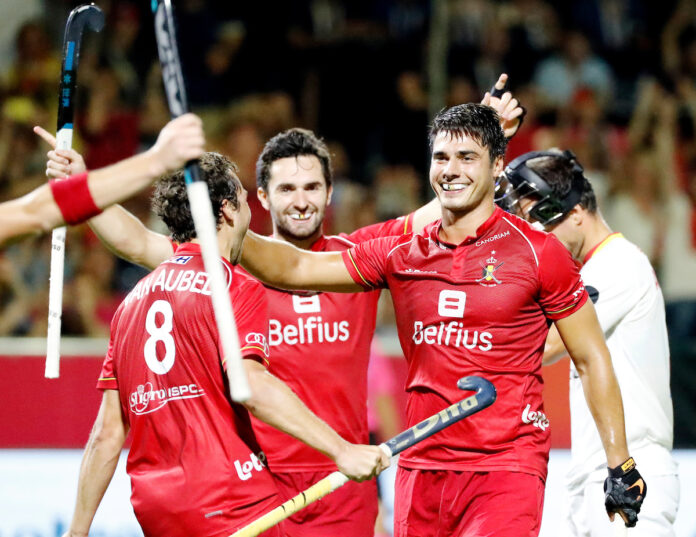 Antwerp – On this evidence, only a major Tokyo heatwave stopping players in their tracks will halt Shane Mcleod’s fearsome team of Red Lions from becoming Olympic champions in 2020. Belgium hockey’s 2024 grand slam prediction could even ring true by next year.

Adding to their world title in another ruthless display of rapid, front-foot hockey, coupled with simplistic passing at pace, Belgium forged a first European title on another boisterous night inside the compact stadium here as Spain were put to the sword five times.

Of Belgium’s 22 goals across six matches, 10 players were on target, led by five apiece from Alexander Hendrickx and Tom Boon. Vincent Vanasch shone again in goal. It’s not hard to pick a tournament standout either: Victor Wegnez. This time, there was no need for his wonderful emotion and passion. Naturally the pair won goalkeeper and player of the tournament respectively.

Wegnez had helped Belgium reach the final following an epic comeback in the late stages of perhaps the sport’s best ever match of recent times, scoring three times in seven minutes.

And they were seemingly intent to carry on the onslaught within the first 90 seconds of the final, Quico Cortes forced into action with a timely stick save off Belgium’s first PC.

Cortes had to be in tune twice further inside eight minutes, first with a second Lions’ PC and then low down to his right.

Belgium’s second, less than a minute into the second half, was as easy as it was delicate finishing by Florent Van Aubel, who angled past Cortes as if glancing to third man in cricket. 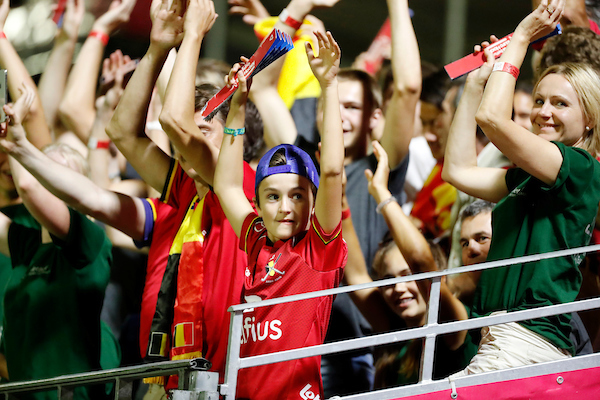 Amid the football-style atmosphere, a cricket score loomed two minutes later when Boon launched a flick and Belgium’s frenzied fans were ready to party.

A fourth before half-time from Emmanuel Stockbroekx sealed gloss and the Europop music ushered in welcome respite for the beleaguered Spanish.

Spain, whose tactics couldn’t dent this Belgian side, briefly rallied after the break but Vanasch was immovable. A fifth soon came via Hendrickx’s stick.

The MC asked for a slow Mexican wave ahead of the final quarter, totally in contrast to Belgium’s frantic pace on the field. The speed and flow naturally slowed in the final 15 minutes. And with 60 seconds left, the sell out crowd was on its feet ready to see their stars make European history for the first time.

Earlier, Holland were too good for Germany in the bronze medal match. Only a few years ago these two would have played the Euro final.

But the world and European finals have been Belgium’s hour – and they are fast turning their domination into potentially several years.

For the time being, they will have several months off. No need for the Olympic qualifiers for this brilliant outfit.