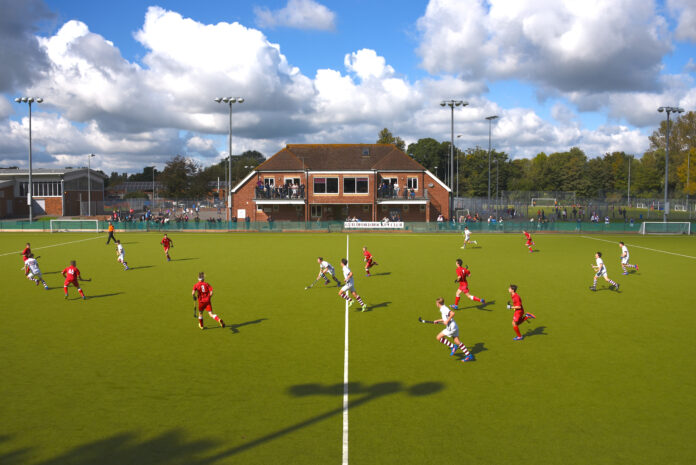 By The Hockey Paper | Editorial

We have launched our campaign and competition to boost attendances at 1st XI level and reinvigorate match day atmospheres in the domestic game.

‘Watch Your Hockey 1s‘ will begin for the 2019/20 season in a bid to raise the profile of club hockey.

Our aim is to gain more regional and national exposure, while our manifesto calls for club members and general sports fans to watch the men’s and women’s first teams and to make hockey a vibrant, atmospheric spectacle throughout the season.

The #watchyour1s campaign is geared towards all UK clubs, from Premier Division down to regional teams, from Bowdon Hightown HC down to Bodmin HC. Our campaign calls for clubs to offer enticing match day excitement alongside the top sides’ action.

With some leagues starting later in the month and clubs playing away on the opening day, we want to highlight the best initiatives throughout September, be it derby clashes or fundraising events around watching the first teams.

We will be releasing competition and criteria details over the coming weeks. There will be prizes for the best overall work achieved by clubs, which includes examples of vibrant match atmospheres, periphery initiatives on the day and being able to highlight regional media awareness.

We will pick the best winners in one of our autumn issues and we are also urging hockey lovers and clubs to subscribe to our print newspaper to grow the game.

Our campaign will also work in conjunction with England Hockey’s HockeyFest, which urges clubs to open their doors and celebrate the start of the hockey season.

The benefits of hosting a HockeyFest event are clear. Launched in 2015, with over 1000 events and 500 clubs participating, research says that 96 per cent of players would like to take part in a HockeyFest again, while each club has gained on average 14 new members by hosting an event.

HockeyFest has a number of club strategies at its core, including being friendly, welcoming and social. Some clubs host mini tournaments, skills challenges and workshops for on pitch fun, while you can have BBQs, bake sales or picnics as part of a fundraiser.

But you can also use a HockeyFest event as a welcome to the new season. The Hockey Paper is urging clubs to sign up to HockeyFest and organise events with our #watchyour1s campaign and competition in mind.

England Hockey said: “Clubs are the heartbeat of hockey and England Hockey fully supports the Hockey Paper’s initiative linking HockeyFest, the work being done by the Hockey Museum on club heritage and encouraging clubs to #watchyour1’s.

“Our regular club player surveys and insight makes it clear that players love their clubs for being friendly, welcoming and social and these initiatives endorse this. Building a great social experience around a match day with your clubs own role models at the heart of it is a great approach that a number of clubs already do really successfully.”

He said: “Getting people going to watch and be involved is a good idea to me. It’s how we bridge the divide between watching the international and the domestic game that’s one of the challenges for the clubs.

“We are behind the European clubs in having the facilities to make people want to be there and making it an event, rather than just the die hard being there. The more we can embrace that the better.”

If you would like to take part in our campaign competition or are already hosting an event, contact us at newsdesk@thehockeypaper.co.uk or keep in mind to gather information and images of your 1s event to submit for our competition.

Sign your club up for HockeyFest and keep your eyes peeled for #watchyour1s on social media.

Don’t miss our Stoop review! Subscribe by June 24 to receive your copy!