Conventional and Unconventional Training Exercises to Improve Your Hockey Prowess 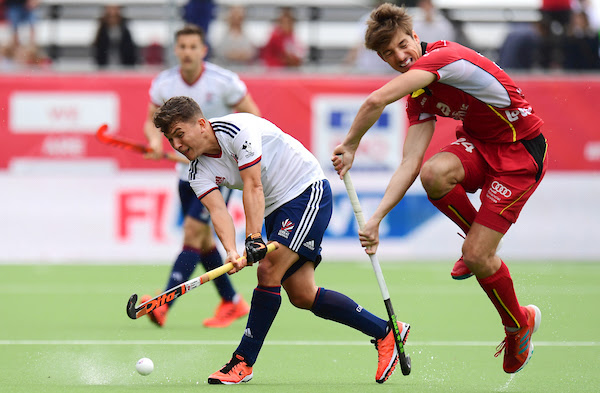 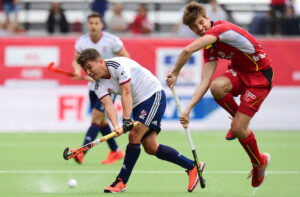 For anyone who’s looking to improve their game, the best place to start in hockey is your fitness. So much of the sport relies on you being fit, from having the stamina to last the game to having the strength to maintain possession when some looks to take the ball from you.

You can see it throughout all levels of hockey, with the most recent example being England at the Hockey World Cup. Our piece here at The Hockey Paper showed how England’s attention to keeping high fitness levels and being able to keep clear minds snapped a 20-year wait for a win against Argentina.

The trick to improving in any sport is enjoying the non-contest training to ensure that maximum effort is put in throughout. Everyone is different, and some people aren’t a fan of the conventional method of going to the gym, so not only are we going to delve into the hockey-specific methods of getting fitter for the sport, but we will also present some alternative sports to try out to boost key areas of your hockey fitness.

If you want to improve at hockey, one of the best ways is to follow convention and hit the gym. A lot of your hockey fitness relies on strength in your legs, upper body, and core while also have the endurance to play at your highest level for the entire game. Strength training is a primary focus for many professionals as it adds to their physical presence, ability to deliver powerful shots, and help to prevent injury.

In an interview with The Telegraph published on 23 August 2017, Olympic gold-winning Team GB captain Kate Richardson-Walsh detailed the need to make training fun, flexible, and about the mind as well as the body. When it came to gym work, the 2016 champion said that while general strength and posture are important to train, there is a greater focus on strengthening the lower back, core and legs. To do this, the professionals will perform front squats, back squats, deadlifts, and power cleans across three sessions at the gym each week.

They may be simplistic and often despised, but push-ups are among the very best exercises that you can do to improve your upper-body strength and core strength. This Hockey Paper article details how to perform the humble push-up to boost your power when moving the ball, prevent injuries, and give you much stronger shoulders.

On 17 June 2019, Red Bull caught up with hockey goalie Maddie Hinch to find out how goalies can up their fitness levels to improve their overall game. In the interview, Hinch, who was GB’s netminder at the Rio 2016 Olympics, said that explosive workouts are necessary to make you stronger and able to deliver more on the pitch. Fitness is also crucial to a goalie’s regime as they move around a lot, making big and explosive plays often, so having high levels of fitness, as Hinch claims, is needed for them to be able to think clearly at all times.

A somewhat unconventional way to improve the fundamental elements of your hockey fitness while not specifically training for hockey is to try out a different sport. Not only can training and competing in other sports lead to better all-around fitness when coupled with hockey, but it can also gain you an edge in certain aspects as your teammates and competitors won’t have achieved the gains that you have in other sports.

Similar in its use of explosive leg work as well as stamina, football can prove to be an excellent sport to train if you want to boost your hockey fitness, and vice versa. Following the 2016 success in Rio, Team GB’s strength and conditioning coach Ben Rosenblatt was brought into the England football set up by the FA.

Manager Gareth Southgate sought a much more fitness-oriented England team and the work has already shown results. Making it to the semi-finals of the 2018 World Cup and inaugural UEFA Nations League, the England team has shown much higher levels of fitness which is why, as of 20th June, Betway has them as third-favourites at 6/1 to win the next UEFA Nations League.

The key difference between football training and hockey training is that footballers earn extra strength and flexibility in their legs from having to kick the ball with power or finesse as well as perform sliding tackles and stretching lunges to get the ball. Training these elements while playing football can give you an added edge and bonus strength in your legs for hockey, with Men’s Health advising squats, walking lunges, and dumbbell squats to improve in these key areas.

One of the very best sports to train for overall fitness and strength is boxing. The sport has recently been picked up as fitness fad by many, as shown by Get The Gloss, as it is a full-body workout. Training as a boxer gives you upper-body, core, and lower-body strength through the footwork, evasion techniques, and punching combinations. Each punch, if thrown properly, activates your whole body from your toes to your ankles, up to your abdominals, and through your shoulders to your arms.

If you’re into hitting the gym and training specific areas of your body, be sure to hit the weights to up your strength. If you fancy something a bit different to make you fit in key hockey areas and others, try out football or boxing.