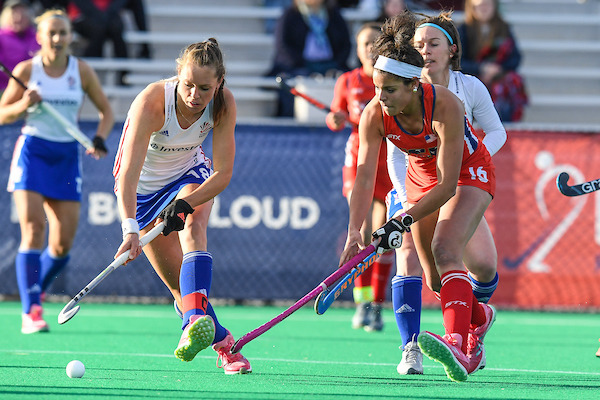 Great Britain and Germany face off on April 24 in Moenchengladbach with both sides battling to make the Pro League top four.

The two sides are next to each other in the FIH Pro League table in sixth and seventh respectively, with only the top four qualifying for the Grand Final and an Olympic berth later this summer.

For their first match on European soil, Mark Hager has named an 18-strong squad for the Germany game.

Goalkeeper Amy Tennant is back in the squad, with Nicki Cochrane missing out. Young Alex Malzer and Lizzie Neal are not included as the squad for European away games will be limited to 18 players.

After nearly two years away, we are back as a print product for readers.

We’re back! Don’t miss out on your subscription-only print copy